Tokyo - IOC vice-president John Coates kicked off a three-day evaluation of Tokyo's preparations for the 2020 Olympics on Wednesday by emphasizing the need for further cost cuts.

The price tag of the 2020 Games has ballooned since Tokyo won the bid, even after a major cost-cutting effort.

Tokyo Olympic organizers have said that the estimated cost is now $12.6 billion. When Tokyo was awarded the Olympics in September 2013, the total was $6.6 billion.

Since taking over as IOC president in 2013, Thomas Bach has driven a cost-cutting agenda to entice cities to bid for future games.

Prior to a tour of several venues, Coates met with Tokyo organisers and stressed the need to consider the effect of cost on future bids.

"It is important to us that when the costs of the games and the final analysis become public, they are going to be a reason to attract candidate cities," said Coates, who heads the IOC's coordination commission for the Tokyo Games. "To attract them rather than to scare them off.

"We want to work with you in that regard. So if we appear to be pushing very hard on saving money it is for our own future that we do it, just as much as you want to do it for your taxpayers."

The IOC is encouraging the use of existing and temporary facilities instead of building new ones. Tokyo organizers have already planned to move several events outside the city to do that.

Tokyo Gov. Yuriko Koike launched a further cost-cutting push after taking office last summer as one estimate for the 2020 Games rose to more than $27 billion.

Local organizers say their efforts to reduce costs have resulted in over $1.8 billion in savings and that further savings are possible.

Coates also is pushing for progress on the allocation of baseball and softball games to Fukushima, an area hit by the 2011 earthquake and nuclear disaster.

The IOC and Tokyo organisers are eager to use the games as a symbol of recovery from the 2011 disaster.

Entire communities were displaced after meltdowns at the Fukushima Dai-Ichi nuclear plant, 240 kilometres north of Tokyo.

"We need to finalise how many games in baseball and softball go to Fukushima," Coates said. "We really want to honour the commitment that president Bach made to Prime Minister Abe to take events to Fukushima as parts of the recovery and rehabilitation. I think it is critical and we will do that." 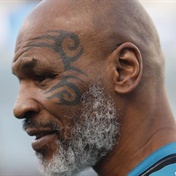