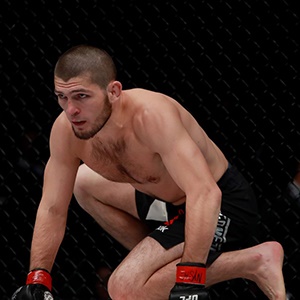 "Our fight will be twice as interesting. Two unbeaten fighters, it will be interesting to see which one falls or takes a step back," he said in a press conference in Moscow to launch his autobiography.

The Russian widely known as simply "Khabib" called out Mayweather in October but the UFC's president Dana White has said they could only face off in a mixed martial arts fight and not inside a boxing ring as was the case with McGregor.

Mayweather beat the Irishman by knock-out after 10 rounds in August 2017.

Khabib is undefeated in 27 UFC bouts including October's submission of McGregor.

The pair are serving bans from the Nevada State Athletic Commission (NSAC) for their roles in a post-fight brawl between their entourages at UFC 229 in Las Vegas.

NSAC will hold an official disciplinary hearing for Khabib and McGregor on December 10 before they can fight again.

We live in a world where facts and fiction get blurred
In times of uncertainty you need journalism you can trust. For only R75 per month, you have access to a world of in-depth analyses, investigative journalism, top opinions and a range of features. Journalism strengthens democracy. Invest in the future today.
Subscribe to News24
Related Links
Bellew confirms retirement from boxing
Roach reunites with Pacquiao for January fight
Pacquiao, Roach at loggerheads over reunion
Next on Sport24
NBA eyes December start, 72-game season, Olympics - reports