In the wake of the worldwide Covid-19 coronavirus outbreak, the NBA shut down its season Wednesday with five weeks remaining in the campaign after a player contracted the virus.

The shutdown follows the deaths of former NBA commissioner David Stern on 1 January and five-time NBA champion Bryant, the retired Los Angeles Lakers legend who was killed 26 January at age 41 in a helicopter crash along with his daughter Gianna and seven others.

"Man we cancelling sporting events, school, office work, etc etc. What we really need to cancel is 2020! . Damn it's been a rough 3 months. God bless and stay safe," Lakers star James tweeted in reaction to the news of the NBA shutdown.

Golden State Warriors star Curry, who has played in the past five NBA Finals, last week had returned from a broken left hand that had sidelined him more than four months.

"2020 aint it," Curry tweeted. "Don't know what to compare this situation to... just gotta buckle up and take care of yourself and those around you. Basketball will be back at some point but right now, protect yourself and stay safe out there!"

Safety issues had taken priority as area officials try to avoid mass gatherings and potential mass infections that could overwhelm hospitals, hoping to spread the outbreak over a more easily managed time frame.

Milwaukee owned the NBA's best record at the shutdown at 53-12 while the Lakers led the Western Conference at 49-14 with 19 regular-season games remaining and Golden State had the NBA's worst record at 15-50. 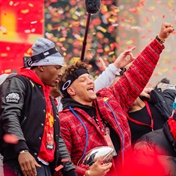