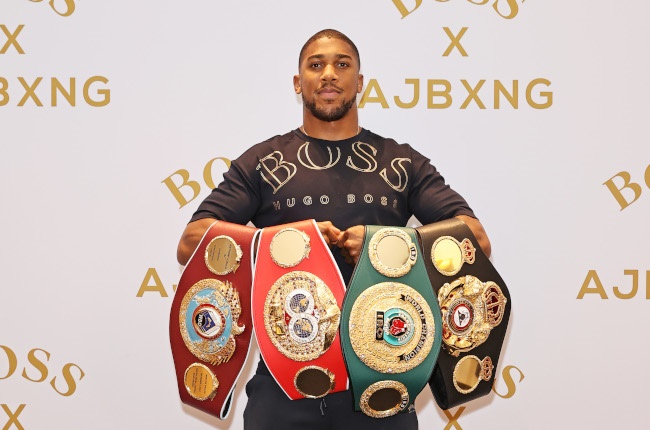 Kubrat Pulev confirmed on Monday that he will face the world heavyweight champion Anthony Joshua in a title bout on 12 December.

Britain's Joshua was originally scheduled to fight Pulev on June 20, with a second date in July also mooted amid the coronavirus pandemic.

"It's official: Pulev vs. Joshua on December 12 in London," Pulev posted on his official webpage on Monday, adding that the date and place were final and the contract had been signed.

"There is no way back, no postponement, no rescheduling! (...) Let the better one win!" Pulev later posted in his profile on the social media Facebook.

He did not mention if the bout will be behind closed doors due to Covid-19 restrictions as earlier expected, prompting Joshua's promoter Eddie Hearn to say he was willing to move the fight to the Middle East if an audience is allowed there.

He is however due to put them up for grabs by the Bulgarian mandatory challenger.

Pulev has been waiting for a chance to face Joshua for almost three years now after a shoulder injury forced him out of a world title bout in October 2017.

We live in a world where facts and fiction get blurred
In times of uncertainty you need journalism you can trust. For only R75 per month, you have access to a world of in-depth analyses, investigative journalism, top opinions and a range of features. Journalism strengthens democracy. Invest in the future today.
Subscribe to News24
Related Links
Boxing promoter Eddie Hearn tests positive for Covid-19
Pacquiao wants McGregor fight next year: statement
Manny Pacquiao camp says Conor McGregor fight being considered
Next on Sport24
Kobe Bryant's spirit lived on in Lakers' drive to NBA crown