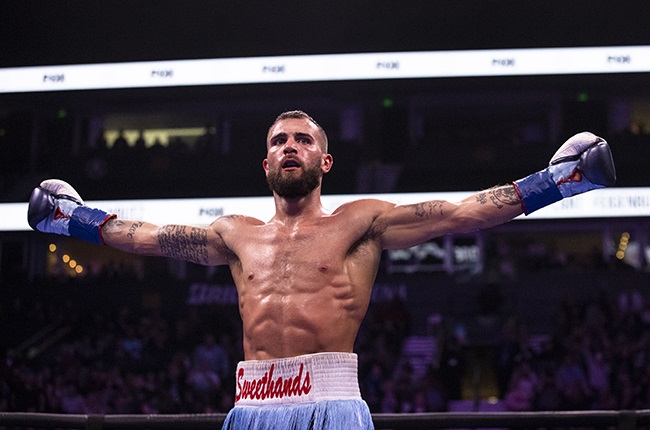 The matchup at Shrine Auditorium will be staged without spectators due to the Covid-19 pandemic and marks the third time Plant will defend the title he took from Venezuela's Jose Uzcategui in January 2019.

"I'll be prepared to go to battle with everything that I got," Plant said.

Plant dedicated the title-taking triumph in Los Angeles to his late daughter Alia, who suffered from a rare disorder that caused seizures.

Plant, 20-0 with 12 knockouts, wants to win in impressive fashion to improve his chances at fighting Mexico's Canelo Alvarez, who holds the World Boxing Council and World Boxing Association titles in the division. Alvarez is defending his crowns next month in Miami against Turkey's Avni Yilidirim

"Everyone knows I'm on a mission to be the first undisputed super middleweight champion in boxing history," Plant said. "Fans can expect to see me at my absolute best. This fight ends in a knockout."

Plant, 28, stopped American Mike Lee in the third round in July 2019 and halted Germany's Vincent Feigenbutz in the 10th round last February in his most recent fights.

Truax, 37, is 31-4 with two drawn and 19 knockouts. He beat Britain's James DeGale as a 50-1 underdog by majority decision in 2017 at London to take the IBF crown but lost it in a 2018 rematch at Las Vegas and is finally getting another chance to fight for a world title as a mandatory challenger.

"I'm hungry and I'm treating this like my last opportunity to win my title back," Truax said. "I'm going in as the underdog, but I've been in that position before and I've beaten the odds."

We live in a world where facts and fiction get blurred
In times of uncertainty you need journalism you can trust. For only R75 per month, you have access to a world of in-depth analyses, investigative journalism, top opinions and a range of features. Journalism strengthens democracy. Invest in the future today.
Subscribe to News24
Related Links
Whyte's heavyweight rematch with Povetkin set for March
Thousands to get tested as Australia-India match named possible Covid hotspot
Confident Fury says he will knock out Joshua inside two rounds
Next on Sport24
Bach says IOC 'committed' to Tokyo Olympics, admits fans may be barred