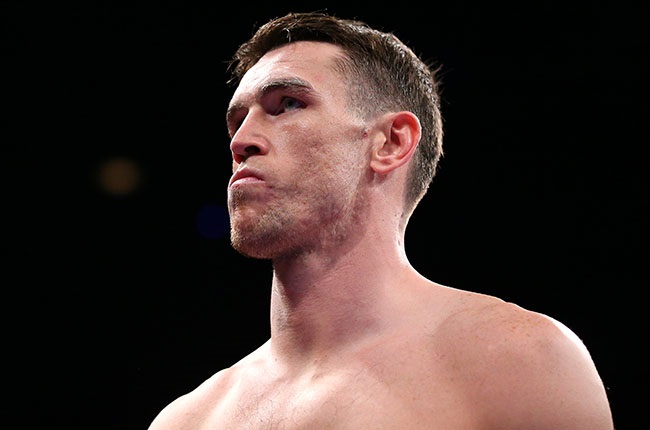 Britain's Callum Smith will be out to prove that size does matter on Saturday when he defends his World Boxing Association super-middleweight crown against pound-for-pound king Saul "Canelo" Alvarez in Texas.

The unbeaten Smith (27-0, 19 knockouts) will take sizeable height and reach advantages into the ring at the Alamodome in San Antonio against the naturally smaller Alvarez (53-1-2, 36 KOs).

Alvarez, who has not fought since he jumped up to light-heavyweight to score an 11th round knockout of Sergey Kovalev in November 2019, starts as favourite for Saturday's bout where he will once again move up in class.

The 30-year-old Mexican superstar faced off against Smith this week where the striking height difference between the two men - Smith is 6ft 3in, Alvarez 5ft 8in - was plain to see.

Throw in the fact that Smith is a more natural 168-pound fighter, while Alvarez's preferred habitat is the 160-pound middleweight division, and the raw stats appear to tilt in the Liverpudlian's favour.

"I knew he was short but it was just nice to see him physically up close for the first time," Smith said of his face-to-face with Alvarez.

Smith said that while Alvarez has repeatedly demonstrated an ability to move up in weight classes before, the Mexican's skills may not be enough to offset his physical disadvantages against a bigger opponent.

"His ability has always made up for his lack in size and he's gone through the weights before," Smith said.

"But there's only so much size your ability can make up for and there comes a point where you can't physically fight to your strengths because the other lad is just too big. And I'm not just a big lump with no ability.

For his part, Alvarez is unfazed by the size difference.

"Yes, Smith does have that advantage obviously, but I'm a boxer with experience so it doesn't really worry me," Alvarez said.

"I've fought against taller people, shorter people, so it doesn't really concern me."

Smith is expected to fight from long-range, using his eight-inch reach advantage to pick off Alvarez without allowing the hard-hitting Mexican star to attack his body. The question will be whether Smith is able to keep Alvarez at bay as energy levels drop in the later rounds.

"A fighter as good as Canelo Alvarez obviously isn't going to let me just jab and move and stand off me," Smith said.

"The fight's not going to be that easy."

The fight also offers Smith the opportunity to avenge the defeat suffered by elder brother Liam against Alvarez in 2016. Callum was at his brother's side to watch that stoppage via body-shot knockout in Arlington, Texas.

"It would be nice to get some revenge but this fight will be huge regardless," Smith said. "It was tough to take at the time, it was Liam's first loss. I think Liam knew he lost to a very good fighter.

"My brother had success on the night, but Canelo was huge for the weight."

We live in a world where facts and fiction get blurred
In times of uncertainty you need journalism you can trust. For 14 free days, you can have access to a world of in-depth analyses, investigative journalism, top opinions and a range of features. Journalism strengthens democracy. Invest in the future today. Thereafter you will be billed R75 per month. You can cancel anytime and if you cancel within 14 days you won't be billed.
Subscribe to News24
Related Links
Golovkin eyes record against unbeaten Szeremeta
Joshua-Fury deal could be done in 2 days, says promoter Eddie Hearn
Joshua knocks out Pulev to set up potential Fury fight
Next on Sport24
Mayweather to face MMA fighter in Japan exhibition

Get the newsletter
Voting Booth
Would you be keen to see the Springboks join the Six Nations?
Please select an option Oops! Something went wrong, please try again later.
Yes! The Northern Hemisphere is the future.
53% - 3378 votes
No! The Rugby Championship is still the pinnacle.
47% - 3001 votes
Previous Results
Showmax
The story of a legend: Sir Alex Ferguson