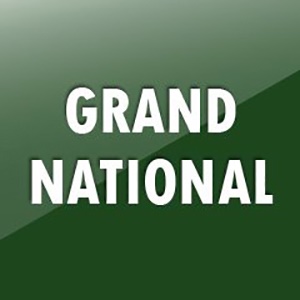 The animated event proved a popular replacement to the real thing with the world's most famous steeplechase a casualty of racing's shutdown due to the coronavirus pandemic.

"We are overwhelmed with the public support for the Virtual Grand National and the support shown" for the NHS, said Michael Dugher, chairperson of the Betting and Gaming Council.

Shown live on television an audience of almost five million, more than double the figure that tuned in to see last year's Epsom Derby, watched Potters Corner take the virtual Aintree spoils at 18-1, with hat-trick seeker and favourite Tiger Roll in fourth.

Coral spokesperson David Stevens told The Racing Post: "We had no idea how popular the Virtual Grand National would be as it was a completely unique situation but throughout Saturday it became apparent that millions of people were still having their annual flutter on this famous race."

There is no racing until at least the beginning of May due to Covid-19 in Britain where the virus has claimed 4 934 lives with 47 806 confirmed hospital cases according to the latest official figures.

We live in a world where facts and fiction get blurred
In times of uncertainty you need journalism you can trust. For only R75 per month, you have access to a world of in-depth analyses, investigative journalism, top opinions and a range of features. Journalism strengthens democracy. Invest in the future today.
Subscribe to News24
Related Links
Virtual Grand National raises spirits and real cash for NHS
'It's quite eerie': Horses race on in Australia, Asia
Hit list | What's next in line for possible coronavirus postponement
Next on Sport24
IOC wants 'safe and secure' Tokyo Games, outlines vaccine stance