Gous was a star at Saturday's Stillwater (Pool) National Championships at Newton Park, and on Sunday, at Port Elizabeth's King's Beach she was again on top of her game.

Gous, competing in the 40-45 age group, proved as fast in the beach sprints as she was in the pool.

Summerstrand's Brad Reen was another who starred in the Pool Events and also at Sunday's Surf Masters.

In one of the upsets of the day, Tyrone Wicombe of the Port Elizabeth based Seagulls Livesaving Club beat former world championship competitor Sihle (Trevor) Xaba of the Durban Surf Lifesaving Club in the final of the Men's Flags, age group 40-44.

Port Elizabeth, home of action and adventure sports, will from Monday, April 2nd to Saturday, April 7th, play host to the biggest ever Lifesaving competition in South African history with the General Tire Lifesaving South African National Masters, Senior, Juniors and Nipper Championships exclusive to the city for the first time.

Outside the 528 events, there will also be the General Tire Celebrity Challenge, which in 2017 was won by Springbok Test Rugby Centurion and World Cup winner Percy Montgomery.

Mongomery will defend his title at the 2018 General Tire Celebrity Challenge against close contenders Siv Ngesi, Achmat Hassiem and other local personalities.

Hassiem is closely associated to Lifesaving South Africa and his story is globally known for saving his brother's life (while a Lifeguard) and in the process losing a leg and nearly his own life to a Great White Shark attack. Hassiem has since become a celebrated international Paralympian and global inspiration and is now a brand ambassador for General Tire and Lifesaving SA.

For more information visit www.lifesaving.co.za or follow the event on social media https://twitter.com/LifesavingSA 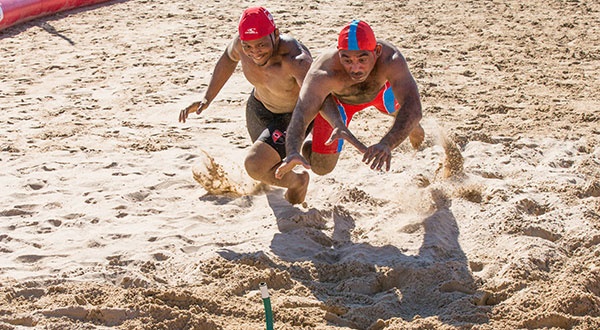 We live in a world where facts and fiction get blurred
In times of uncertainty you need journalism you can trust. For only R75 per month, you have access to a world of in-depth analyses, investigative journalism, top opinions and a range of features. Journalism strengthens democracy. Invest in the future today.
Subscribe to News24
Related Links
Q&A: SA lifesaving veteran Dylan Botha
Q&A: SA lifesaving star Nick Notten
Q&A: Lifesaving star Ryle de Morny
Next on Sport24
Gous couple on song at lifesaving event