Cape Town - They are moments that will live with us forever ... Wayde van Niekerk breaking the 400m world record, Caster Semenya running to gold in the women's 800m and Team South Africa winning more Olympic medals since readmission.

There was so much to see, but not enough time to see it all.

As Sport24's correspondent on the ground in Rio, I was privileged enough to witness 8 of South Africa's 10 medals live.

With regret, I wasn't there for Caster (I had to catch that one from a Sao Paulo airport restaurant), so that explains why her dominant display in the women's 800m does not feature on this list of highlights.

Here are my highlights from the Rio 2016 Olympics:

Surely the moment of the Games for any South African. To be a part of the chaos that followed Wayde van Niekerk's world record run in the 400m was an honour. In 43.03 seconds, Van Niekerk stunned the world and put South Africa at the centre of the Olympic stage. And all this happened just minutes before Usain Bolt won the 100m sprint. The night was supposed to belong to the Jamaican, but the Dreamer from Cape Town ensured that the night would be his.

It was a tragic moment. Seabelo Senatla's wrist injury on the second day of Sevens meant that he was ruled out of the semi-finals. Francois Hougaard was rushed in as his replacement, but the gutting news was that Senatla would not be given a medal as a result of his withdrawal from the squad. There was a touching moment afterwards when SASCOC officials rushed Senatla into a Team SA tracksuit and onto the field ahead of the ceremony, but he was not allowed to stand alongside his team-mates as they received their bronze medals on the podium. It was later revealed that Hougaard had offered Senatla his bronze medal.

This guy was something else. Luvo Manyonga's coach nearly missed the long jump final because his Uber broke down on the way to the stadium. He sprinted 2km to get there on time, and it was a good thing he did because Manyonga was 1cm away from winning gold. Cornelius could not hide his delight afterwards with his ear-to-ear smile never leaving his face, and speaking to him was one of the highlights for me. Cornelius is just 28-years-old, but he already has an Olympic silver medallist under his tutelage. Cornelius was a bundle of energy throughout Manyonga's competition, and even more so afterwards.

The energy at this match was electric. A small group of Argentinean supporters screamed for every one of Del Potro's points, but the larger Brazilian audience gave him gears. The Brazil v Argentina rivalry is real, and Brazilian fans are not ashamed to show it. Two tie-breaks later and the world No 1 was out. Both players had left everything on the court and as they embraced each other at the net after the match, the tears came flowing. For a moment, those in attendance were on the same page as they applauded what was surely one of the most emotionally draining matches of the Games. Djokovic in tears after his loss to Del Potro (Getty)

You are joking, right? The coach of the new 400m world record holder is a 74-year-old great grandmother? No jokes ... and there she was the next day, possibly the only person in the athletes village who was not shocked at what we had witnessed the night before. Ans Botha was the centre of attention as she walked us through her expectations for Wayde van Niekerk, saying that a sub-43 second run had been on. Botha also warned Van Niekerk to stay humble in the months ahead. And watch out, world, because Botha says she has one or two more sprinters under her watch who could be matching Van Niekerk in the years ahead.

It was so blatant to see for everybody but Chad le Clos ... his rivalry with Michael Phelps existed more in his head than in anybody else's. Le Clos admitted when his Games came to an end that his obsession with Phelps may have cost him. From the shadow-boxing incident to the unprompted Phelps answers in press conferences, Le Clos was completely and solely focused on Phelps. In the end, two silvers is still a fine achievement, but it was nowhere near enough for London's 2012 gold medallist as he was schooled by the greatest Olympian of all time. 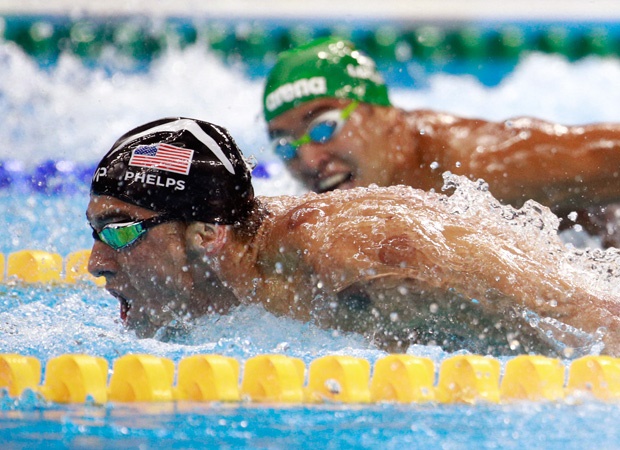 Listening to long jump silver medallist Luvo Manyonga share his story was one of the more moving moments of Rio. Close to death after a struggle with methamphetamine (tik), Manyonga bounced back with the help of some friends to recover to reach new heights in Rio. He credits SASCOC president Gideon Sam with saving his career, and the look in his eyes when he spoke about how close he was to death put things into perspective.

There was no Zika, no terrorism and we all came back in one piece. There were a couple of frustrating moments when media were forced to endure long periods waiting for buses, but in general there was very little to complain about (yet some still found a way). In terms of crime? I felt safer in Rio than I do on my daily walk down Long Street in Cape Town. Fair play, Rio ... you've pulled it off.

The opening ceremony ... the start of it all (Getty)