France's swimming federation on Saturday joined its US counterpart in calling for the Tokyo Olympics to be postponed because of the coronavirus pandemic, adding to pressure on the IOC.

"The current context does not allow the 2020 Olympic Games to be organised properly," the federation said after a videoconference of its executive committee.

The federation called for the International Olympic Committee to "study the possibility of a postponement".

It said measures restricting the movement of people in many countries, including France, "mean that sporting fairness cannot be guaranteed in terms of preparation for this competition".

The call followed that of USA Swimming which on Friday urged the US Olympic and Paralympic Committee to back a postponement.

"We urge the USOPC, as a leader within the Olympic Movement, to use its voice and speak up for the athletes," USA Swimming CEO Tim Hinchey said in a letter.

IOC President Thomas Bach insisted this week it was "premature" to consider postponing the Tokyo Games, which are scheduled to start on 24 July.

Related Links
Serena reveals social distancing is causing her anxiety
Kipchoge suffers loneliness of the long-distance runner
Being a Super Rugby player in the time of coronavirus
Share
Next on Sport24
Fighting coronavirus, dreaming of Olympics: meet Japan's boxing nurse 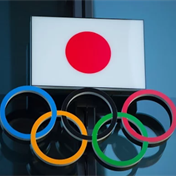