Cape Town - 2017 had its fair share of South African success stories on the sports field, but there was also a lot that didn't go according to plan.

Bafana Bafana failed to qualify for the 2018 World Cup in Russia, the Springboks stuttered to another uninspiring season and the Proteas were knocked out of the ICC Champions Trophy in the group stages while their tour of England also ended in defeat.

As we look ahead to a new year, Sport24 compiles its very own wishlist of 10 things we'd like to see happen in 2018.

This could be 10 points on its own, but ultimately everyone wants to see the Boks get back to their best. Rassie Erasmus is the new director of rugby and he has been tasked with turning the ship around. Whatever the Boks and SA Rugby decide to do in 2018, here's hoping that there is transparency and accountability in the new year. There was none of that in 2017, and it made the poor results even more frustrating. A series against England awaits in June, and if the Boks somehow manage to win that we will be off to a good start.

The national soccer team has not fired since winning AFCON in 1996 and there was more disappointment last year when they failed to qualify for the 2018 World Cup in Russia despite sitting pretty at one stage. In 2018, the big task will be for Stuart Baxter to secure qualification for AFCON 2019 in Cameroon. Bafana have already beaten Nigeria in Group E while they are also pooled alongside Libya and the Seychelles. We aren't expecting miracles, but for Bafana not to feature at AFCON would be a travesty. They should be one of Africa's major forces, and hopefully they can start heading that way in 2018.

There will be no Wayde van Niekerk, but Team South Africa will still have numerous medal hopes at the 2018 Commonwealth Games on Australia's Gold Coast in April. Caster Semenya, Luvo Manyonga, Chad le Clos, Cameron van der Burgh ... all of those won Olympic medals in Rio last year and will be favoured to do the same in 2018. Hopefully, Team SA unearths a couple of new names that we have not seen firing on the big stages yet.

4. Proteas must win but keep building

With new coach Ottis Gibson at the helm, the Proteas have two massive Test series coming up on home soil against India and Australia. Winning both of those will be extremely difficult, but if they can then the Proteas will take a significant step towards reclaiming their place as the best Test side in the world. Gibson must also ensure, though, that the Proteas keep building for the 2019 World Cup. He must back the youngsters and, hopefully, 2018 will be a big year for the likes of Andile Phehlukwayo, Wiaan Mulder, Lungi Ngidi and Aiden Markram.

While we're on the subject of cricket, the T20 Global League needs to take flight in 2018. Cricket South Africa (CSA) was left embarrassed this year when they were forced to pull the plug on the tournament at the last minute because of financial concerns. It has been postponed until November 2018 but those financial concerns, one would imagine, remain. Hopefully our cricket bosses can pull it off this time. As fun as the RAM SLAM T20 Challenge is over the festive season, having the game's international superstars here during the holidays would be first prize.

6. Massive year for the Blitzboks

The Blitzboks have become the most respected side on the Sevens circuit but they have a massive year in 2018. In addition to looking to secure back-to-back World Rugby Sevens Series titles, Neil Powell's men will also be after Commonwealth Games gold while there is the added incentive of a Rugby World Cup Sevens tournament in San Francisco in July. The Blitzboks have been South African rugby's success story for the last two years and hopefully they get their rewards in 2018.

7. SA golf due a major winner

It's crazy to think that the last South African golfer to win a major was Ernie Els at the 2012 Open Championship. Louis Oosthuizen and Branden Grace have both come agonisingly close since then without any success while Charl Schwartzel is another who will be hoping to challenge in the new year.

8. Anderson to repeat US Open heroics

Unfortunately, Kevin Anderson is South Africa's only hope when it comes to tennis. He stunned the world and gave us something to celebrate this year when he reached the US Open final, and how sweet would it be if he was able to replicate or better that achievement in 2018? The grass at Wimbledon actually remains Anderson's best surface, and he has had some good runs there over the years. With a little bit of luck, could we see the big-serving giant making history again?

Louis Meintjes, all 59kg of him, has rejoined Team Dimension Data ahead of the 2018 cycling season. The 25-year-old has finished eighth in the last two editions of the Tour de France and will be targeting a Top 5 - or higher - position next year. Surrounded by a stellar cast assembled by Team Principal Douglas Ryder, Meintjes is well equipped to contend - and even win - a stage in the Alps or Pyrenees, or even both.

South African sport has been struggling to lure fans to stadiums for a while now. Super Rugby, the PSL, domestic cricket ... all have had the same problem. These are obviously tough economic times, but our final wish for 2018 is to see South African sport supported the way it was in years past.

We live in a world where facts and fiction get blurred
In times of uncertainty you need journalism you can trust. For only R75 per month, you have access to a world of in-depth analyses, investigative journalism, top opinions and a range of features. Journalism strengthens democracy. Invest in the future today.
Subscribe to News24
Related Links
5 of the biggest shocks in sport history
5 of the greatest comebacks in sport
Final fight for Formula One
Next on Sport24
Clean sweep for SA in netball Test series 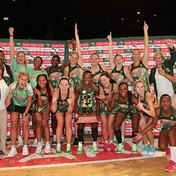