Will Rush Hour redeem himself?

Johannesburg - Ali “Rush Hour” Funeka will be out to restore his image when he challenges Canadian Samuel Vargas for the World Boxing Association-North American Boxing Association welterweight title at the Powerade Centre in Brampton, Ontario, on Saturday.

The 39-year-old veteran fighter gets back into action eighth months after suffering an ignominious sixth-round stoppage against Australian Jeff Horn for the World Boxing Organisation (WBO) intercontinental crown in New Zealand in December.

Rush Hour was completely outclassed by Horn, who pummelled him with two-fisted volleys from the opening round, before a clash of heads combined with a body shot resulted in a flash knockdown and count from the referee.

Now Funeka will get a chance to prove that he still has enough firepower to win a title, despite being in the twilight of his career.

Having previously held the WBO crown, Funeka wants to prove himself by relieving Vargas of the championship belt.

A look at the fighters’ credentials shows that they have similar fighting styles. The big difference, however, is their 11-year age gap. Vargas has won 14 of his bouts by way of knockout, while Rush Hour has forced 31 of his foes to fail to go the full distance.

The pair share a similar statistic of having suffered two of their losses by way of a knockout.

But Funeka – the country’s second-oldest active professional fighter after Mzonke
“Rose of Khayelitsha” Fana (43) – will prove the point that he is not as washed up as many critics think he is. However, defeat could well spell the end of the road for his boxing career.

The Canadian will be defending the championship belt he won in 2015 for the third time.

With the fighters relying mostly on knockouts, it will be interesting to see how the clash goes, but Vargas may stand a chance of being victorious considering the fact that he will be slugging it out in front of his home crowd.

We live in a world where facts and fiction get blurred
In times of uncertainty you need journalism you can trust. For only R75 per month, you have access to a world of in-depth analyses, investigative journalism, top opinions and a range of features. Journalism strengthens democracy. Invest in the future today.
Subscribe to News24
Related Links
Funeka tips Pacman to win
Cruel Junior finally gets his title shot
Khan draws line under bizarre Joshua row
Next on Sport24
Proteas overpower Malawi in 1st netball test 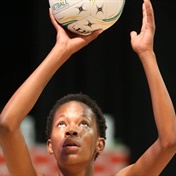