All still to play for, insist Froome's rivals

Le Puy-en-Velay - Chris Froome's main Tour de France rivals insisted they still had everything to ride for despite missing an opportunity to gain time on the champion in the Massif Central.

Froome had a mechanical problem on a rapid run-in to the foot of a first category climb that crested some 30km from the finish of Sunday's 15th stage.

The Briton dropped 50 seconds behind his main rivals but helped by a concerted effort from his Sky team, and a 20km chase, he bridged the gap before the summit and saved the day.

Many observers felt that was an opportunity wasted for the likes of Romain Bardet, Fabio Aru and Rigoberto Uran, particularly as they are all likely to lose time to Froome on Saturday's 22.5km stage 20 time-trial in Marseille.

But they all claimed Thursday's Alpine summit finish on the Col d'Izoard will be decisive, especially as it comes a day after another tough stage in the Alps.

"With the two back-to-back Alpine stages and the altitude finish, there could be some big gaps. For me, that's the key stage, given my qualities," said Bardet, third overall at 23sec, on Monday.

"The level these days in the mountains was very equal with Froome, Bardet and Aru," said Uran, fourth at 29sec.

"But there is a climb like the Izoard, with its last few kilometres at more than 2,000-metres (above sea level). That's where you could get some big differences."

On Sunday, the three closest challengers to Froome had a chance to work together to put some time into the three-time winner, but they didn't and Aru, second at 18sec, said it's difficult to organise such teamwork between rivals.

"You can't know what you'll do before finding yourself in that situation," said the Italian.

"We'll see how the race goes. In my opinion, you have to make things up on the bike as you go.

"You can come up with all the great tactics possible, but it's in the race that you'll see whether or not you have the legs."

Bardet said it was the strength of Froome's Sky team that has nullified any hopes of ganging up on him.

"For the moment it doesn't look likely as no-one's taken the initiative," said the 27-year-old AG2R leader.

"Froome has an incredible armada around him. That's the strength of Sky, to have three or four potential team leaders around Froome, that discourages a lot of people."

For Ireland's Dan Martin, fifth at 1min 12sec, it is as much Froome's own strength as an unwillingness in his rivals to work together that saved the day for the Briton on Sunday.

"Chris showed that he's very strong at the moment because it's not as if we waited for him," said the 30-year-old Quick-Step rider.

"If it had been a mountain top finish maybe it would have played out differently."

If the difference is not made on the Izoard on Thursday, then it will all come down to Saturday's time-trial.

And in that discipline, everyone knows Froome is the strongest.

"It will be a tough week, I think there will be a lot of attacking and quite a show because, Froome apart, we're all a similar level in the time-trial," said Aru.

"So, Bardet and Uran will want to try to get some time on Froome, or on me."

How much time anyone would need, though, in order to finish the race in yellow is hard to tell.

"I'm not even thinking about that. We'll see where we are on Thursday after the Izoard -- now I'm focussed on the two Alpine stages," said Bardet.

"I'll ride them like two one-day classics. There's no point trying to calculate anything right now."

Froome says Uran will be the man to watch out for in the time-trial more than the others, though.

"I've won time-trials and now with the form I'm in, I hope to ride a good time-trial on Saturday."

We live in a world where facts and fiction get blurred
In times of uncertainty you need journalism you can trust. For only R75 per month, you have access to a world of in-depth analyses, investigative journalism, top opinions and a range of features. Journalism strengthens democracy. Invest in the future today.
Subscribe to News24
Related Links
Analytical Martin taking Tour in stride
Bardet hits out at Froome boo-boys
Uneasy Froome keen to extend Tour lead
Next on Sport24
Tour de France route unveiling postponed because of coronavirus 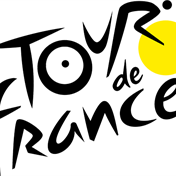