Russia's Vladimir Morozov won the splash-and-dash in a blistering 20.33, ahead of the United States' Caeleb Dressel (20.54).

Seconds after Proud touched the wall in third, he was disqualified, thus handing the final podium spot to Tandy (20.94) who was swimming out of Lane 1. 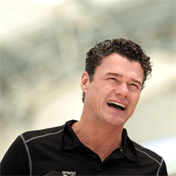