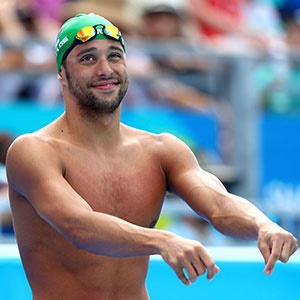 Cape Town - South Africa's Chad Le Clos insists there is no pressure on him to defend his FINA Swimming World Cup title this season.

This year's World Cup promises once again to be a fierce battle between the sport's biggest names.

Discussing the format of the series, Le Clos admits that although it can be difficult to train in between the events, he loves the ability to challenge himself.

"For me personally, I think short course swimming is more exciting when it is over a series of events. I've always enjoyed the concept of a circuit with many stops around the world, although sometimes the structure around the events makes it difficult to train in between, especially when travelling through time zones," said the Olympic champion.

"The World Cup is an opportunity for me to work on my skills throughout the year with short course racing and I challenge myself to win the overall series. There are many great champions that have come through and will challenge, and I have huge respect for all of them."

Positive thinking and winning attitude is definitely two ways to describe Le Clos - although the best advice he ever received was from his father Bert Le Clos.

"I have received a lot of great advice from numerous mentors but the best advice has usually come from my Dad, he is the greatest. He has always said to me to never give up in any race no matter how far behind or ahead you are, that's why I'm always able to push through during tough wins or losses," he said.

Le Clos also confirmed that he will attend the FINA World Swimming Championships 2018 in Hangzhou, China, in December this year with the objective to establish new world records.