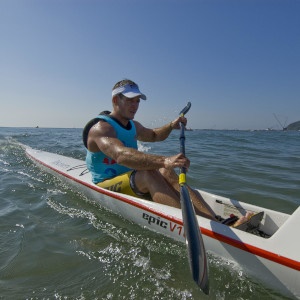 Durban - The South African Masters surfski team took centre stage on Thursday as the team added five medals to the seven medals that the seniors, juniors and Under 23 paddlers won on Wednesday at the 2019 ICF Ocean Racing World Championships.

There was a large turnout across the various age categories and the racing was red hot and the South African team produced more strong results.

Bevan Manson and Herman Chalupsky claimed golds in their respective age groups. The team then followed up those two golds with two silver medals for Colin Simpkins and Peter O'Connor.

The Team SA medal tally was boosted by a bronze medal when Ernest van Riet finished third behind Manson and William Lee from Australia.

Durban born and raised Oscar Chalupsky elected to paddle for Portugal, where he is now living, and secured a silver medal behind his younger brother Herman.