London - "My wife pushes harder than that you little bitch".

It was not exactly akin to Muhammad Ali proclaiming "float like a butterfly sting like a bee, your hands can't hit what your eyes can't see".

But the way British heavyweight Tyson Fury responded to being shoved by Deontay Wilder after goading the World Boxing Council champion during a pre-fight news conference in London on Monday, was familiar enough.

So too the sight of both boxers squaring up, while a much shorter man - in this case veteran promoter Frank Warren - tried to keep them apart while muttering "save it for December 1", the date of Wilder and Fury's fight at Los Angeles' Staples Center.

Almost on cue, two security men made a token intervention as Fury and Wilder avoided coming to blows.

If it was good 'theatre' for the watching television audience, there was certainly nothing new about the script.

And yet seeing the 6ft 9in Fury confront the 6ft 7in Wilder was to be reminded of the raw appeal of many a heavyweight contest - two colossal men each with the ability to inflict huge damage upon one another.

It was in sharp contrast to the mutual respect shown by Britain's reigning world heavyweight champion Anthony Joshua and Alexander Povetkin ahead of their recent bout at Wembley which ended with the Russian suffering a brutal seventh-round stoppage defeat.

The game Povetkin was outmatched physically, giving away more than two stone in weight and several inches in height.

The 30-year-old Fury remains undefeated in 27 fights and still regards himself as the "lineal champion" because he never lost his titles in the ring but rather, for a variety of reasons, during a two-and-a-half-year absence following his shock win over former champion Wladimir Klitschko in November 2015.

Fury, who struggled with mental health issues, returned with a farcical stoppage of Sefer Seferi in Manchester in June before beating Francesco Pianeta in August.

Wilder has 39 knockouts in 40 fights and, amid all the jibes, Fury said: "I think it's going to be quite hard because he's a unique fighter. There's not going to be too many people like Deontay Wilder about.

"But then again he's got the same problem with me," he added before the old routine resurfaced. "I see a man, a skinny little man with two spaghetti arms and two spaghetti legs and when I bang him on the chin he's going to do a little spaghetti dance."

But an unimpressed Wilder said: "He thinks that by talking like he did with Klitschko, and getting inside his head, it's going to be the same thing, but I'm a different person.

Joshua's management have already announced his next fight will be at Wembley on April 13.

They want him to face Wilder, as a unification bout would be a huge money-spinner.

That depends, however, on Wilder beating Fury, with the American's contract likely to contain a re-match clause in the event of a defeat.

Traditionally, overseas heavyweights have had to fight in the United States if they wanted to make 'big money' and gain professional respect.

That gives Joshua's team a strong negotiating position for all US promoter Shelly Finkel, addressing Fury on Monday, said: "We believe you are the best out there. We have nothing but respect because your countryman didn't step up. He was presented with a fortune."

But Joshua, whose promoter Eddie Hearn is the son of Barry Hearn, long a rival of Warren, can wait for Wilder or Fury knowing he can sell-out Wembley .

"If I were you, Joshua, I'd avoid me," Fury told his compatriot recently. 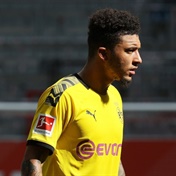