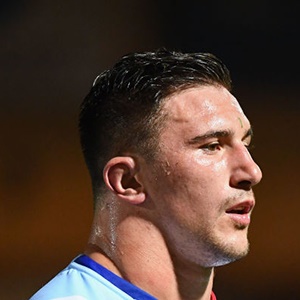 Chat, 24, with 27 caps, missed the first two Six Nations games against England and Italy through injury and then suffered a muscle strain after coming off the bench in Cardiff against Wales.

Castets gets his first call-up to the squad of 42 ahead of Sunday's clash at Murrayfield.

Toulouse prop Dorian Aldegheri, 26, capped four times, is recalled to the squad after recovering from early season injury that has kept him out of the tournament so far.

Uncapped Toulouse winger Lucas Tauzin, 21, is also summoned to the squad which will be reduced to a matchday 23 on Friday for the trip to Scotland, where the French have not won since 2014.

France, unbeaten in the tournament so far, play their final game on March 14 in Paris against Ireland.