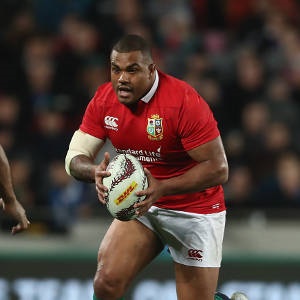 Cape Town - Lions captain Sam Warburton insists team-mate Kyle Sinckler 'did absolutely nothing wrong' following the prop's arrest mere hours after the 15-15 draw with the All Blacks in the third Test last weekend.

Sinckler was detained by police for 'minor disorder' in the early hours of Sunday morning while the Lions squad were letting off steam following the gruelling six-week series.

The England international was released without charge and apologised for his actions but Warburton believes he was not guilty of anything.

“The Lions went to great lengths to look after the boys on nights out, we had a security team involved. Guys (members of the public) are going to be out there looking to make headlines.

“We had a good couple of days together to finish off the tour. We’d been under the microscope for six to eight weeks so it was nice to have a few days to enjoy each other’s company and reflect on what we’d done.

“In defence of Kyle, he did absolutely nothing wrong. I feel a bit sorry for him, he’s got a bit of press like that, but actually the situation was handled pretty well and Kyle is absolutely fine.”

We live in a world where facts and fiction get blurred
In times of uncertainty you need journalism you can trust. For only R75 per month, you have access to a world of in-depth analyses, investigative journalism, top opinions and a range of features. Journalism strengthens democracy. Invest in the future today.
Subscribe to News24
Related Links
WRAP: Super Rugby - Round 17
Jaguares rally to beat Rebels
Major coaching reshuffle for Cheetahs
Next on Sport24
Lions prop arrested after Auckland Test