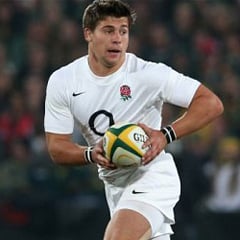 Bagshot - England coach Eddie Jones has dropped experienced scrumhalf Ben Youngs to the bench in one of five changes as he carried out major surgery to his side for this weekend's Six Nations clash against Scotland.

The 96-times capped Youngs had a torrid match during England's opening 24-17 defeat by France in Paris and has been replaced in the starting line-up for Saturday's match at Murrayfield by Willi Heinz.

Prop Joe Marler is out of the matchday 23 completely, his place in the starting XV taken by Mako Vunipola, with Ellis Genge among the replacements.

Lewis Ludlam comes into the back-row in place of Courtney Lawes while Tom Curry keeps his place at number eight in the ongoing absence of the injured Billy Vunipola.

Jonathan Joseph, who came on for the injured Manu Tuilagi in Paris, now starts in the centres as the Leicester powerhouse continues to be sidelined by a groin strain.

The second row sees George Kruis come in for Charlie Ewels, the Bath lock who has also paid the price for a below-par opening to the championship in Paris.

Luke Cowan-Dickie is no longer on the bench due to his wife going into labour, meaning Tom Dunn could make his debut as a replacement, as could uncapped Saracens flanker Ben Earl.

Veteran Australian coach Jones has opted for a six-two split between forwards and backs on his bench, indicating a wish to overpower Scotland up front.

England will be looking for a first Six Nations win over Scotland in three years following a 25-13 loss at Murrayfield in 2018 and last year's extraordinary 38-38 draw at Twickenham - a match where they led the Scots 31-0 in the first half.

Scotland also lost their opening match of the Six Nations, going down 19-12 away to Ireland.

"We have sought to address the issues from the France game," said Jones.

"Scotland are a dangerous side. They like to play with a lot of width and with a lot of flow and tempo in their game. We want to make sure we dominate the gain line.

Scotland named their side later Thursday, with back-row forward Magnus Bradbury recalled at number eight in the only change to the starting XV defeated in Dublin.

Related Links
Bok boost at fullback for Lions
All Blacks star returns for Chiefs in Crusaders derby
Blitzboks get the luck of the draw in Los Angeles
Share
Next on Sport24
Lions' SA tour: Clouds swirl around gnarly Warren Gatland