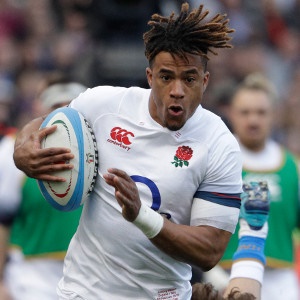 Paris - Winger Anthony Watson will miss England's opening match in the Six Nations against France this weekend with a calf injury, England Rugby announced on Thursday.

Watson, 25, who featured in all of his side's games at last year's World Cup where they lost to South Africa in the final, suffered the problem before joining up with the international set-up.

Coach Eddie Jones is expected to name either Ollie Thorley or George Furbank, who are both uncapped, on the wing for the trip to Paris on Sunday.

The reigning Premiership and European Cup champions will be relegated from the English top-flight at the end of the season for salary cap infringements.

Hooker Luke Cowan-Dickie will re-join Jones' set-up after leaving the squad for family reasons earlier in the week.

Related Links
Cheetahs want to play "fast, attacking style of rugby" against Kings
Dobson: Expectation surrounding Bok-laden Stormers is justified
Kings on the cusp of challenging the best in PRO14
Share
Next on Sport24
British & Irish Lions' 2021 tour of South Africa to go ahead as scheduled