South African rugby fans have only a few hours left to get into the virtual queue for tickets to the British & Irish Lions tour in 2021, before the ballot closes at midnight on Wednesday 16 September.

The ballot process opened two weeks ago and interest in Lions tickets has been extremely high for the three Tests – at FNB Stadium, Cape Town Stadium and Emirates Airline Park – while the encounters with the three franchise teams and the two invitational sides also attracted strong interest.

Supporters who still wish to register for tickets are urged to do so at www.lionstour2021.co.za in order to book their seats ahead of the much-anticipated six week-tour extravaganza.

Tickets for the five non-Tests start from R100 to see the Lions in action – against the SA Invitational team in Port Elizabeth and against SA 'A' at Mbombela Stadium – while the matches against the Bulls, Sharks and Stormers start at R250.

With less than 24 hours to go before the ballot closes, 250 000 SA residents have visited the official tour site, 75 000 have registered, and 275 000 ticket applications have been balloted for, underlining the huge amount of interest and anticipation for this unique tour.

Supporters have been permitted to register for eight tickets for each of the eight matches. Entering the ballot does not guarantee tickets and successful applicants will be notified at the end of the month.

Would-be buyers should note that tickets will not be available at match venues, through provincial unions or at the usual retail outlets. If anyone answers an online advertisement for tickets, they are in danger of being defrauded, exploited and left ticketless.

The ticket ballot process is as follows:

- South African residents will be able to select tickets for all eight matches (to a maximum of eight tickets per match);

- The draw will take place by a computerised selection process;

- All registered users will be advised by email whether they have been successful or not before the end of September;

- Payment will automatically take place on the credit card used for submitting your ballot application if you are successful and;

- Seat allocation and tickets dispatch (courier or electronic) will take place in the second quarter of 2021.

Similarly, tickets can be accessed as part of a tour travel package by contacting SA Rugby Travel on info@sarugbytravel.com or 021 525 2515.

Related Links
More lock woes for Boks as Lood de Jager faces up to 6 months on sidelines
Seabelo Senatla: 'I fell into the trap of trying to be a typical 15s winger'
OPINION | Logic must prevail... Boks should skip Rugby Championship
Share
Next on Sport24
Last chance for British & Irish Lions tour tickets with one week to go 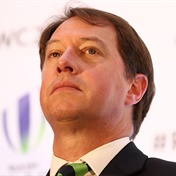