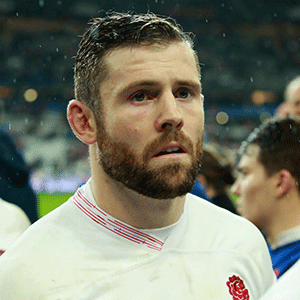 Bagshot - Eddie Jones has insisted Elliot Daly and all of England's back three can cope with the aerial threat set to come their way when they face Ireland in a key Six Nations match at Twickenham on Sunday.

England coach Jones had to reshuffle his line-up after novice Test fullback George Furbank, who started in the opening two rounds, was ruled out with a

Jones has moved Daly from the left wing to fullback, where the Saracens star has been deployed recently by World Cup finalists England.

Jonathan Joseph, best known as a centre, takes over on the left wing for what will be his 50th cap but first start out wide following two replacement appearances in the position.

Ireland are renowned for a kicking game orchestrated by halfbacks Conor Murray and Johnny Sexton, with chasing wings Andrew Conway and Jacob Stockdale expert at challenging for the ball when it is in the air.

For all Daly's undoubted attacking flair, there are doubts about his ability under the high ball.

Jones, speaking to reporters at England's training base on Friday, said: "We don't feel he has got a deficiency."

"Elliot has played a lot of Test football at 15, so he welcomes the opportunity.

The veteran Australian coach also said he was happy with Joseph on the wing.

"Jonathan has played on the wing for us before. He could play 12, 13 (inside and outside centre) or on the wings. We used him on the wings during the World Cup, he's a versatile player.

For all Furbank's fitness problems, the Northampton newcomer has remained in the England camp as a reserve should there be a late injury to another England back.

"George is just not quite right," explained Jones.

"He has a long-term groin and hip issue that's he had for many a year, and just needed to give it some time."

England have made four personnel changes and two positional switches to the team that beat Scotland 13-6 in the Calcutta Cup last time out.

Powerhouse centre Manu Tuilagi returns in midfield after overcoming the minor groin suffered in an opening loss to France.

Exeter playmaker Henry Slade is on the bench after two months out with ankle trouble while scrumhalf Ben Youngs, back in the starting side after being benched against Scotland, is set to make his 100th international appearance.

In the pack, Courtney Lawes moves to blindside flanker, with George Kruis coming into the second row and Joe Marler taking over from loosehead prop Mako Vunipola, missing for family reasons.

"It's a good strong team - good forward pack, good backs. It's great to have Manu and Henry back in the 23," said Jones, who has again opted for a six-two split between forwards and backs on the bench.

Victory for England against an Ireland side coached by Andy Farrell, the father of England captain Owen, would revive their title hopes.

It would also dash Irish dreams of a Triple Crown and a Grand Slam as well.

"It's the next game so it's the biggest one," said former Australia and Japan coach Jones. "It's as simple as that.