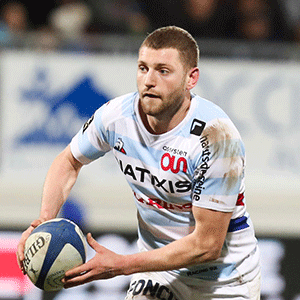 Edinburgh - Finn Russell has not been recalled to the Scotland squad for their Six Nations clash against England on Saturday after missing the 19-12 defeat to Ireland following a breach of team protocol.

The Racing 92 flyhalf was disciplined following a reported late-night drinking session at the team hotel.

But there is no recall for 27-year-old playmaker Russell in head coach Gregor Townsend's latest 37-man group.

His omission will inevitably raise further questions about whether he will be involved at all in this season's tournament.

Scotland will again be without wing Darcy Graham, who remains sidelined due to a knee injury.

England lost on their last Calcutta Cup visit to Murrayfield in 2018, and they will arrive in the Scottish capital following a 24-17 defeat against France on Sunday.