Dublin - Stuart Hogg cursed himself for "the schoolboy error" which saw him drop the ball as he went to touch it down at a crucial moment of Scotland's 19-12 opening Six Nations loss to Ireland.

However, the 27-year-old fullback and captain added that he would put the blunder behind him as his team prepare to play England next weekend.

Hogg's error - when his side were trailing 16-9 - resulted in the visitors coming away with just a penalty by Adam Hastings before the Scots went on to fall agonisingly short of what would have been a first win in Dublin since 2010.

"It was a schoolboy error," said Hogg. "I cannot change what has happened. I have to now just get on with it. I have apologised to the boys.

"I am bitterly disappointed to drop the ball over the line as the forwards had set me up brilliantly."

"He has played rugby for a long time," said Townsend. "He has made mistakes and we should not be ranking where the error lies in that list.

"He was outstanding today, he kicked brilliantly and led the team really well. He should just flush it."

We live in a world where facts and fiction get blurred
In times of uncertainty you need journalism you can trust. For only R75 per month, you have access to a world of in-depth analyses, investigative journalism, top opinions and a range of features. Journalism strengthens democracy. Invest in the future today.
Subscribe to News24
Related Links
Man Utd, Wolves miss chance to close on top 4
Pink-haired Neymar helps PSG to 5-goal romp
Klopp hails Liverpool's focus after Reds win again
Next on Sport24
Lions chief hopes fans can tour South Africa after 'off the scale' interest 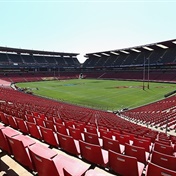