Scotland and England in search of Calcutta Cup revival 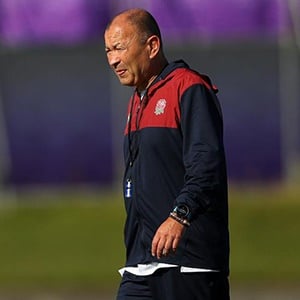 Edinburgh - Passion is guaranteed when Scotland play England but it may take more than raw emotion to secure a win in the latest edition of rugby union's oldest international match.

In the build-up to Saturday's fixture at Murrayfield, the latest chapter in a 149-year-old rivalry, Scotland centre Sam Johnson declared "no one likes England", a sentiment the Queensland-born player would have been familiar with growing up in Australia.

Meanwhile England flanker Lewis Ludlam, who had never been to Scotland before, said: "It's going to be a war."

Both sides need to bounce back after losing their opening Six Nations encounters last weekend.

As happened in their World Cup final loss to South Africa, England were denied the early try that has been a hallmark of many of their recent wins, notably the impressive semi-final victory over New Zealand, by France in Paris.

The French did rather more than that, surging into a 17-0 lead and although England fought back through two Jonny May tries, Les Bleus deservedly won 24-17.

England have lost five of their last seven Six Nations away games and coach Eddie Jones has responded by making five changes to his starting side, notably dropping experienced scrum-half Ben Youngs and giving a first Championship start to Willi Heinz, the surprise pick of his World Cup squad.

In the forwards, Jones has also recalled Ludlam, Mako Vunipola and George Kruis in place of Courtney Lawes, Joe Marler and Charlie Ewels but has kept faith with converted flanker Tom Curry at No 8.

Jonathan Joseph, an early replacement for Manu Tuilagi in Paris, starts at centre.

"Consistency is a challenge for every team," Jones said. "We had a good lesson last week. Sometimes these things need to be learned."

New Zealand-born Heinz, who missed the World Cup final with a hamstring injury after only making his Test debut months earlier, finds himself, at 33, preferred to Youngs, England's most-capped scrum-half.

"You want to start well but equally so do the opposition," Heinz said. "It's about riding through that and finding ways to get the momentum back."

Jones, perhaps influenced by new forwards coach Matt Proudfoot, who was with South Africa at the World Cup, has also opted to choose six forwards and just two backs as replacements, just as the Springboks did to great effect with their "bomb squad" bench in Japan.

Scotland were their own worst enemies yet again in a 19-12 loss to Ireland in Dublin. New captain Stuart Hogg encapsulated their performance when he inexplicably dropped the ball with a try at his mercy.

Finn Russell, the inspiration for Scotland's 25-13 win over England at Murrayfield in 2018 and their stunning recovery from 31-0 down in a 38-38 draw at Twickenham last year, remains in the cold.

The fly-half was left out of the Ireland match following a late-night drinking session. Adam Hastings, the son of Scotland great Gavin, continues at stand-off.

Coach Gregor Townsend, who will "reassess" Russell's position after this weekend, has made just one change, with Magnus Bradbury, fit following a thigh strain, starting at number eight.

"We were proud of parts of our performance in Dublin at a very difficult venue," said Townsend, a former Scotland playmaker.

"The challenge for the squad is to replicate that level and take our chances when they come, in order to win tight games."

Related Links
Brumbies make it 2-from-2 with Rebels win in Canberra
Springboks' 2020 Rugby Championship dates, venues confirmed
Sharks start tour on a high with Highlanders mauling
Share
Next on Sport24
British & Irish Lions' 2021 tour of South Africa to go ahead as scheduled