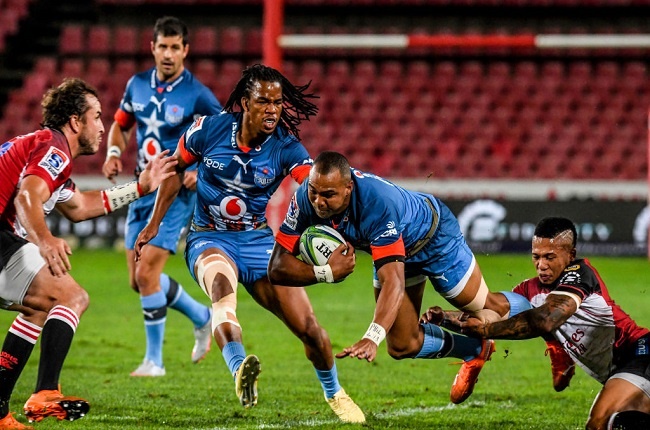 However, there are plenty mitigating circumstances for the often-stodgy encounters we saw towards the end of the Currie Cup pool stages.

Mallett and de Bruin, both highly respected rugby coaches-turned-pundits, were addressing some of the issues of the South African game since the post-lockdown restart at the end of September last year in their Final Whistle analysis programme last Sunday.

"It's difficult not to be a little bit negative on the performances of our teams quite frankly," said Mallett.

"If you compare it with the way New Zealand cracked on with their Super Rugby Aotearoa competition, with teams really embracing the quick ruck ball and ball in hand [style] ... they were reasonably high-scoring games, but the defences were excellent, and their attacks were great.

"And it was rugby that was worth watching."

Rugby worth watching is a highly subjective view, which perhaps can be challenged.

For one, the resurged Bulls have served up dimes in some of their games en route to the Super Rugby Unlocked title.

Nobody expected them to rout the Sharks and the Stormers at home so soon after their new director of rugby Jake White took over during the height of the Covid-19 outbreak.

The innovative selections White brought, when many expected a throwback to Naas Botha’s Bulls, were in itself something of a marvel.

We are quick to credit New Zealanders when, for instance, they take a punt on Rieko Ioane at No 13 from the wing and it pays off, or an Ardie Savea playing at the back, instead of the side, of the scrum.

But often we are blind to a South African coach linking traditional outside back Cornal Hendricks at inside centre with Sevens speedster Stedman Gans on his outside.

Yes, as Mallett also alluded to, there have been error-prone games but that can be attributed to the lengthier layoff South Africans had in comparison to New Zealanders when they returned to play.

And the Kiwis had the benefit of playing in winter conditions for their Aotearoa tournament, while our boys are deep in the embers of a cricketing summer.

I'd also venture as far as to say the Cheetahs made for some thrilling viewing towards the end of their Currie Cup campaign, when they beat the Sharks and pushed Western Province to a last-ditch Tim Swiel penalty.

Plus, don't forget, Aotearoa was played in front of "Test match" crowds of about 26 000 attendees per game.

Had the vociferous Bloemfontein crowd been there to wave orange flags every time Frans Steyn slotted in a 60m goal kick, it would put a different perspective on the "quality" of the entertainment.

De Bruin pointed out the time in play statistics and compared it to previous seasons.

Again, you must consider the toll on the players who probably needed another pre-season before the restart and didn’t get it, plus having to play and train in foreign temperatures.

Covid outbreaks in teams, which have led to game cancellations and postponements, have also not helped.

Put all that together and maybe we should all be glad there is rugby to even speak about. There’ll be enough time to worry about the quality in 2021.

We live in a world where facts and fiction get blurred
In times of uncertainty you need journalism you can trust. For only R75 per month, you have access to a world of in-depth analyses, investigative journalism, top opinions and a range of features. Journalism strengthens democracy. Invest in the future today.
Subscribe to News24
Related Links
Peter de Villiers gives Sharks discard trial at EP
WP's future hinges on star-studded front row
Brian van Zyl pro northern hemisphere move: 'I wanted to go north a long time ago'
Next on Sport24
Currie Cup final's royal power struggle: Bulls bully-ball v Sharks silk