Hits or misses? Remembering the Sharks' love affair with these 7 foreign flyhalves Most obviously, it has once again raised questions over Curwin Bosch, whose future as a flyhalf at the franchise has become obscured.

With coach Sean Everitt now able to pick between the two-cap Springbok, Manie Libbok, Diaz Bonilla and Henry 'Boeta' Chamberlain, one has to wonder whether Bosch's versatility as an accomplished fullback will now come into play ... or whether he'll move on, something Sharks chief Ed Coetzee has denied vehemently in the past.

Either way, Diaz Bonilla's imminent arrival adds to a fascinating collection of foreign flyhalves to have come to Kings Park since the dawn of professionalism.

And their overall success has been undeniably mixed.

The compact French general came to Durban with a reputation most local rugby fans were familiar with.

A few months before, he ended as the 1995 World Cup's leading points scorer with 112 and was reasonably expected to make his mark immediately because of his knowledge of South African conditions.

As it turned out, he was predominantly picked at inside centre as the Durbanites used the prodigious boot of the late Luke Smith to guide them towards the top of the log and the final.

But the unfortunate Smith got injured before the showpiece, leading Lacroix to shift to the No 10 jersey.

It proved inspired as he contributed 20 points in Natal's 25-17 win over Western Province.

He stayed on for another season though he didn't feature in 1996's 33-15 drubbing of Transvaal in the Currie Cup final. Fresh from a profitable Super Rugby season with the Brumbies, the then 33-year-old pivot decided he wanted some fun with the Sharks in that year's Currie Cup.

Known as a skilful kicker and magician in terms of distribution, he was expected to elevate his new team's attacking play to a new level.

The same arrangement - Brumbies first, Sharks later - would continue in 1998, but he played even less, adding only three caps.

Following his retirement from a very productive international career, the nimble flyhalf looked an interesting acquisition.

But it seemed as if he learned more from his stint - he admitted Super Rugby improved his decision-making and fitness - than the Sharks did from him.

It didn't help that Butch James quickly displaced him in one of the finest campaigns of his career. His commitments in Japan meant he didn't play a full campaign, but the former All Black flyhalf was a brilliant signing for coach Dick Muir.

He did so to great effect as the Sharks overturned a last-place finish the previous year to missing out on the semis by a point.

Brown was snapped up by Rassie Erasmus' Stormers in 2008, but he didn't have the same impact. Perceived as a mercurial player, the French flyhalf developed a reputation later in his career for being a highly dependable pivot.

His first stint in Durban was decent, but it was his return four years later that really stood out as he expertly marshalled the Sharks backline in an unexpected run to the final against the Chiefs.

Michalak's unerring goal-kicking, surprisingly enough for a man hailed as a gifted play-maker, was a feature of his time at Kings Park. Keen to emulate Michalak's initial impact, the Sharks recruited the dazzling but mercurial Puma pivot with a view of not just invigorating the backline, but also mentoring the Sharks Academy boys.

But Hernandez' overall influence was questionable.

There was one memorable outing at Loftus where he single-handedly dismantled the eventual Currie Cup champions to the tune of 24 points in a 29-23 win, before stumbling along with his team-mates as the season's climax drew closer.

He was supposed to stay for the 2010 Super Rugby campaign before a long-term back injury meant he didn't take any part. Perhaps it was the gangly hair or the prominent gloves he wore, but Goode perhaps received some unfair flak for his short stint with the Sharks in the 2010 Super Rugby campaign.

His arrival was rather unwittingly dramatic.

Hernandez's injury left the Sharks short on depth in the No 10 jersey, a situation exacerbated by Steve Meyer, who had everyone in shock by signing up to fill the void and then retiring in the week of the team's opening fixture due to personal reasons.

Goode eventually arrived on loan and did his part without every really setting the scene on fire.

He did though produce a fine kicking display in a loss to the Bulls at Loftus, even converting a brilliant penalty from inside his own half. 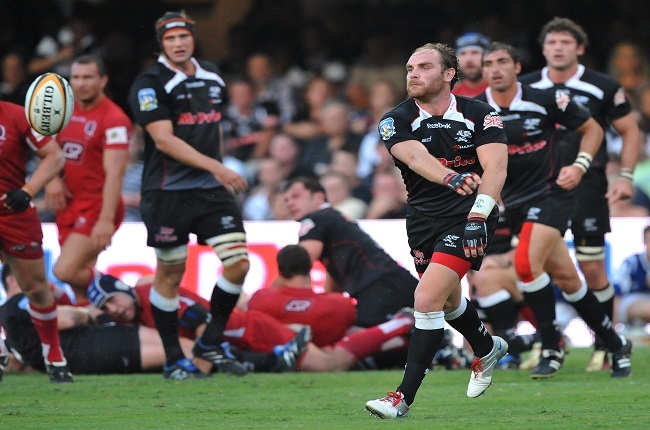 Andy Goode (Gallo)
We live in a world where facts and fiction get blurred
In times of uncertainty you need journalism you can trust. For only R75 per month, you have access to a world of in-depth analyses, investigative journalism, top opinions and a range of features. Journalism strengthens democracy. Invest in the future today.
Subscribe to News24
Next on Sport24
Eastern Province 'amicably' part ways with former Springbok coach Peter de Villiers