Jake White on prop's sending off: 'I don't think it was justifiable as a red card' 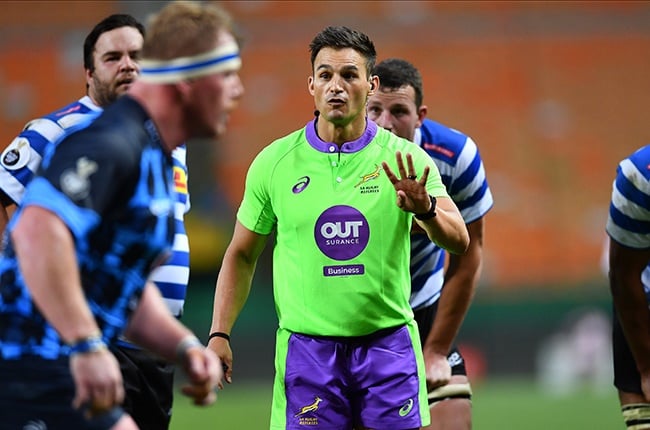 Bulls director of rugby Jake White feels the red card given to prop Jacques van Rooyen in the second half of their Currie Cup clash against Western Province at Newlands was harsh.

A big talking point from the game came in the 47th minute when loosehead prop Van Rooyen received a red card for a dangerous tackle on WP fullback Warrick Gelant.

Television match official Rasta Rasivhenge initially suggested a yellow card but referee AJ Jacobs overturned the decision, saying there were no mitigating factors as Van Rooyen's hit was high, without arms and late.

Despite playing more than 30 minutes with only 14 men, the Bulls overcame the odds to snatch a last-gasp 22-20 win.

White, though, did not agree with the decision to send Van Rooyen off.

"I heard the commentary and then all of a sudden they switched it off. I found that odd because we always have access to the communication between everybody on the field. It was almost like they didn't have agreement between themselves on whether it was a red or a yellow [card] or a penalty," White told reporters in a virtual media briefing after the game.

"And then when it was red, I thought 'jeez that's a bit strange'. Usually if someone's in doubt then I think the doubt would go to the player."

"I don't think it was justifiable as a red card. Warrick Gelant got up and carried on playing, he didn't even get banged on his head, he hit him on the shoulder."

White noted that Jacobs was a highly-rated referee and mentioned the pressure cooker of a big north-south derby was not an easy environment to officiate in.

"AJ is rated quite highly, he works closely with Jaco Peyper (SA's top referee) in Bloemfontein. He's regarded as one of the referees that they see as a potential Test referee going forward.

"It's difficult for a guy to pick up everything... he must also have felt under pressure at the end of the game."

He referred to Saturday's Tri Nations encounter between New Zealand and Argentina in Newcastle when All Blacks prop Tyrel Lomax received only a yellow card for a swinging arm to the head of an Argentina defender.

"I think we're back in a bit of a grey area with those situations. At the end of this morning's Argentina-All Blacks game there was a red card in my mind which was only given as yellow. That probably may have been worse than what happened today.

"I think we are slacking generally, finding a lot of mitigating factors like this morning's game... those injuries can be devastating. But if that's going to be universally applied that it's a red card, then great," Dobson said.

Dobson did admit though that he was surprised to have seen Van Rooyen sent off.

While Dobson was bitterly disappointed that his side let slip a golden opportunity to beat the Bulls, White was understandably chuffed winning with a man down.

"That shows a lot of character, to play against Province with 14 men for 35 minutes... to get a result like that, obviously any coach would be extremely proud. It's the last time we played at Newlands ever and it's a win that will be in the memory bank for everybody," White said.

We live in a world where facts and fiction get blurred
In times of uncertainty you need journalism you can trust. For only R75 per month, you have access to a world of in-depth analyses, investigative journalism, top opinions and a range of features. Journalism strengthens democracy. Invest in the future today.
Subscribe to News24
Related Links
14-man Bulls snatch late win over WP at Newlands
Lions tame unlucky Griquas with some help from the weather
WATCH | All Blacks pay tribute to Maradona ahead of Pumas game
Next on Sport24
Marvin Orie ... just on wrong side of rugby's fine line