Cape Town - The Cheetahs battled their way to a valuable PRO14 win of 2018 on Saturday as they beat Benetton Treviso 31-25 in Bloemfontein.

It was far from clinical from the men from Bloemfontein, who were up against a side missing 15 players who were on international duty with Italy.

Trailing 15-7 at half-time, the Cheetahs were much improved in the second period as they started to turn their attacking opportunities into points.

In the end, the hosts scored four tries to three from their visitors for what is just their second win of the season.

The win also sees coach Franco Smith's men move off the bottom of Conference A, though they have played one more game than Zebre. 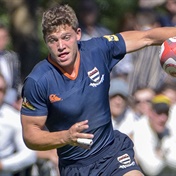