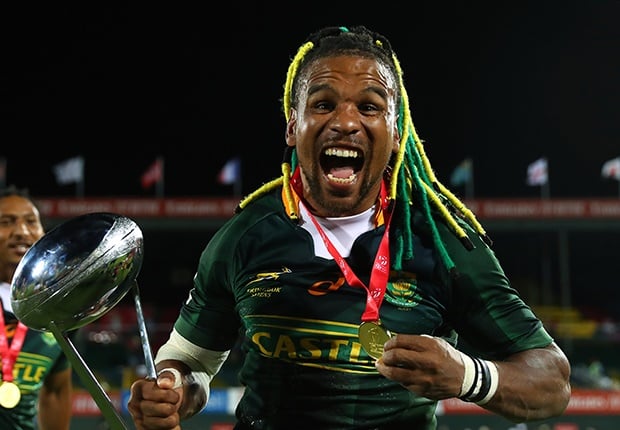 The Cheetahs have confirmed that Rosko Specman will return to the franchise after leaving the Bulls.

He has signed a two-year contract.

Specman made his name for the Cheetahs in 2017 and represented the team in seven Currie Cup and four Guinness PRO14 games, before heading to the Bulls for a chance to play Super Rugby.

Cheetahs coach Hawies Fourie believes that the return of the fleet-footed Specman is a coup for the franchise.

"It's a great signing for us.  He is a great team player, has a very good work rate, and has the x-factor that we all like and need," said Fourie.

"We are looking forward to having Specman join us in July. I am very happy to have him in our squad. It will just strengthen our back-three and the competition for a place in the starting line-up will be fierce. That is what I want. We want quality players with strong competition among the players in the squad. He will add a lot of spice to the competition," he added.

The Cheetahs also confirmed that they will allow Specman to turn out in certain Sevens tournaments for the national side.

"The Cheetahs will allow Rosko to play for the Blitzbokke in certain tournaments.  He will be available for the Olympic Games in 2021 if he makes the squad," confirmed Fourie.

Rosko Specman will be joining the Toyota Cheetahs on 1 July 2020. https://t.co/IE219FTF7M pic.twitter.com/3CghrvELOh

We live in a world where facts and fiction get blurred
In times of uncertainty you need journalism you can trust. For only R75 per month, you have access to a world of in-depth analyses, investigative journalism, top opinions and a range of features. Journalism strengthens democracy. Invest in the future today.
Subscribe to News24
Related Links
Ruan Vermaak highlights SA rugby's looming and dangerous double whammy
Message to SA in NZ's high-tempo rugby start
Former Springbok skills guru: Everyone is delighted about new laws
Next on Sport24
SA teams to contest United Rugby Championship, prospects of Champions Cup participation

Choose your newsletters
Voting Booth
After the opening weekend of URC action, what did you make of the South African struggles?
Please select an option Oops! Something went wrong, please try again later.
It exposed the quality of South African rugby...
42% - 1041 votes
There were positives to take
7% - 178 votes
We shouldn't read too much into one weekend
17% - 423 votes
It will take the SA sides time to adjust to the new competition
34% - 863 votes
Previous Results
Showmax
Stream SuperSport United vs Kaizer Chiefs