Coleman returns at 10 for Kings Among those missing from the side that did duty against Scarlets last weekend was flyhalf Oliver Zono, who unfortunately sustained a concussion during the Scarlets fixture which causes his unavailability for selection to be mandatory.

Zono’s place in the number 10 jersey is taken by Kurt Coleman, who returns to the position where he was incumbent before an injury of his own ruled him out for a while.

In the only other change to the backline, centre Harlon Klaasen is rewarded for a strong showing off the bench against Scarlets by being named in the starting XV.

He takes over from Martin Du Toit who sits this one out due to a shoulder injury.

In a show of confidence in his forwards, Davids has retained the entire pack that started the match against Scarlets.

There is a minor shuffle in the bench where Giant Mtyanda comes in for Jurie Van Vuuren. Van Vuuren broke his nose during the last match and it was decided not to risk him against Edinburgh this weekend. The Kings will once again be captained by loose-head prop Schalk Ferreira.

The unusually short turn-around time between the Kings match against Scarlets last Sunday and the upcoming Friday fixture against Edinburgh did create a few selection dilemmas acknowledged Davids.

“We’ve only been able to get in two days of training which isn’t a lot of time to work on our areas of concern and, of course, when it comes to selection, you have to balance the need for team momentum and continuity against the workloads that various individuals have been carrying and their need for recovery. It has been a bit of a challenge” he said.

Davids was in no doubt that Edinburgh would present a stiff challenge to his team but felt his side was improving all the time and had it in them to win.

“My main message to the team this week has been that they must show patience when on attack and endeavour to play in the right areas of the park. We did a lot of good stuff against Scarlets but spent too much time in our own half. We also need to keep our mistakes to a minimum,” he added.

We live in a world where facts and fiction get blurred
In times of uncertainty you need journalism you can trust. For only R75 per month, you have access to a world of in-depth analyses, investigative journalism, top opinions and a range of features. Journalism strengthens democracy. Invest in the future today.
Subscribe to News24
Related Links
Gelant, Du Preez to start for Boks
Stormers scrumhalf on loan to Scarlets
Blitzboks seek 3 titles in 2018
Next on Sport24
Cheetahs looking to go Russian or US route after PRO14 expulsion - report 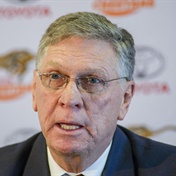