Demetri Catrakilis touches down in the Friendly City Cape Town - Flyhalf Demetri Catrakilis has rejoined the Kings ahead of the upcoming PRO14 season.

Schooled at St John's College in Johannesburg, Catrakilis, nicknamed the 'Greek God', made 15 Super Rugby appearances for the Kings in 2013.

Catrakilis, 30, helped the UCT Ikeys to victory in the 2011 Varsity Cup and also enjoyed stints at Western Province and the Stormers while in the Cape.

In 2015 Catrakilis packed his bags and headed to Montpellier in France where he linked up with former Springbok coach Jake White.

Prior to the 2017/18 season, Catrakilis joined Harlequins in England.

The Southern Kings have struggled since joining the PRO14 in the 2017/18 season, having won just three of 42 matches to date.

Guess who's back?
The Greek God, Demetri Catrakilis, was welcomed by our team manager, Zingi Hela. e joined the rest of the squad today.
Welcome back home, Demetri! We look forward to having back in Kings colours. #TeamFirst#TheFutureIsNext#TheKingsWay#WithYouForTheLongRun pic.twitter.com/5LnHafueki 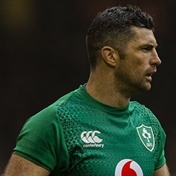