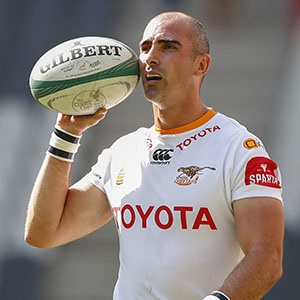 The two sides have met four times previously in the PRO14 with the visitors victorious on each occasion.

"We did well in the Currie Cup and enjoyed the moment, but the mentality among the players is that we still have to keep working hard. Glasgow Warriors are very task driven. We have to keep the momentum and we will be well prepared for this competition. We are not underestimating what is coming," interim coach Franco Smith said via a press statement.

Club captain Tian Meyer added: "The good thing is that we start at home. Very tough opposition will be coming for us in the next three weeks and we have to be up for the challenge. I believe, and have all the confidence in the team, that we can bring home the victories and put up the log points. The attitude in the team is to stick together and keep working hard for the player next to you."

The Cheetahs will be moving into a new direction with regards to captaincy. Continuing from the Currie Cup campaign, Meyer will be the leader on and off the field.

However, in order to manage the players' game time, the Cheetahs announced that their on-field captain will change from time to time, with veteran Springbok scrumhalf Ruan Pienaar chosen as the run-on captain for Friday's game against Glasgow.

We live in a world where facts and fiction get blurred
In times of uncertainty you need journalism you can trust. For 14 free days, you can have access to a world of in-depth analyses, investigative journalism, top opinions and a range of features. Journalism strengthens democracy. Invest in the future today. Thereafter you will be billed R75 per month. You can cancel anytime and if you cancel within 14 days you won't be billed.
Subscribe to News24
Related Links
Boks: Absence may endanger Willie’s status
Italy warm up for Springbok clash by thumping Canada
Rassie: PRO14 one of toughest comps in the world
Next on Sport24
SA teams to contest United Rugby Championship, prospects of Champions Cup participation

Get the newsletter
Voting Booth
Would you be keen to see the Springboks join the Six Nations?
Please select an option Oops! Something went wrong, please try again later.
Yes! The Northern Hemisphere is the future.
53% - 2573 votes
No! The Rugby Championship is still the pinnacle.
47% - 2327 votes
Previous Results
Showmax
The story of a legend: Sir Alex Ferguson