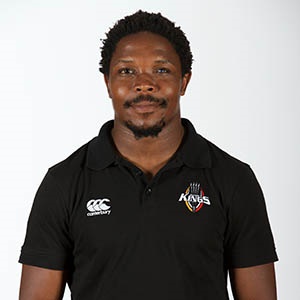 Port Elizabeth - Vuyo Zangqa will take charge of the Southern Kings as head coach when the PRO14 franchise clashes with the Stormers in a friendly match in Knysna on Friday night (19:00 kick-off).

Lock JC Astle will lead a fairly strong Kings team against the Super Rugby outfit but director of rugby Rob Kempson is using the Knysna exercise as more than just an opportunity to look at his player depth.

Instead of being in the coach's box like he normally is, Kempson will be taking on the lesser role of being the man who patrols the touchline with a walkie talkie, taking messages from the coach to communicate to the players.

In the box delivering the orders this time will be Zangqa, the former Blitzbok assistant coach who is helping out as one of the Kings assistants in the current PRO14 season.

"Vuyo will take the head coach role just for this game and Braam van Straaten will be the coach when we play another friendly against NMU next Friday," said Kempson.

"Vuyo has come on in leaps and bounds, particularly through his interaction with Swys de Bruin, who has been with us as attack consultant. This opportunity gives him a bit of a growth pathway. Braam will be beside him in the box, while I will be taking on the honourable task of running on the side of the field and passing on the messages that come from the coaches."

Kempson will coach the Kings until the end of the season after being unable to secure a permanent head coach in the pre-season.

But the former Springbok prop is searching for a head coach for the 2020/2021 PRO14 season so that he can be freed up to perform the director's role.

Obviously giving his assistants a chance to get head coaching experience will grow the coaching team and Kempson's options going forward.

Although just a friendly match, the Kynsna game will be a good experience for Zangqa in the head coach's role as the Stormers, although far from full strength due to their SuperHero Sunday commitments, will be fielding a solid team that includes three Springboks in the form of World Cup winning front-row forwards Bongi Mbonambi and Frans Malherbe plus veteran Hilton Lobberts at lock.

"The Stormers have picked quite a strong side with a few Boks and that will be good for us," said Kempson.

"We will be looking to give some guys who have been out for a bit prolonged game time."

The big news for the Kings is the return of Masixole Banda's X-factor at fullback.

"It is good to have Masixole back in the game and we will be using this as an opportunity to get him back up to speed," said Kempson. 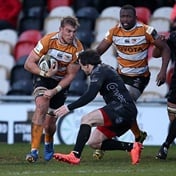