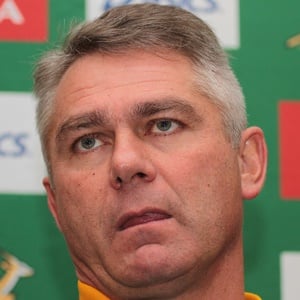 Sydney - Coach Heyneke Meyer believes the Springboks are on the right track for the Rugby World Cup despite suffering a morale sapping last-second defeat at the hands of Australia in their Rugby Championship opener on Saturday.

The two-time world champions had their hosts on the rack for an hour of the Test in Brisbane only to give up a 20-7 lead and go down 24-20 when Wallabies centre Tevita Kuridrani scored a try with almost 82 minutes on the clock.

While Meyer blamed a lack of experience on the pitch at the end for their failure to close out the match, the performance of his inexperienced midfield stood out as biggest of the many positives he took out of the evening.

Handre Pollard, playing his 10th Test, kicked half of his team's points from flyhalf, inside centre Damian de Allende put in an impressive display in his fourth Test, while outside centre Jesse Kriel scored a magnificent individual try on debut.

"I believe there was a lot of positives," Meyer told reporters.

"It was an unbelievable performance by a lot of youngsters.

"Jesse's first Test against two of the best centres in the world, I thought he was brilliant. Damian, for that matter as well, it was the first Test they had played together.

"Handre is only 21 years old, suddenly he's got two inexperienced centres outside him and is facing probably one of the best backlines in the world. That's tough on the youngster and he was great.

"Defensively he was superb, they really attacked that channel with their big ball carriers, and he will definitely improve and learn from this."

"I was worried about our first phase defence especially against a great backline, they really tested us with a lot of loops and runarounds," he added.

"But our defence was brilliant and really kept them out right until the end."

For Meyer, whose team face an even bigger challenge when they take on the All Blacks in Johannesburg next week, the display was all the more reassuring because he knew it was by no means the side he would like to put out at the World Cup.

Skipper Jean de Villiers, scrumhalf Fourie du Preez will return to the backline, while Duane Vermeulen and Willem Alberts will bring their bulk back to a loose forward unit which looked impressive enough as it was on Saturday.

Meyer also thought the Springboks would be much fitter and have an improved kicking game by the time their World Cup campaign kicks off against Japan in Brighton on September 19.

"A lot of positives we can build on," he concluded.

"I believe our World Cup plans are 100 percent intact. We still have a real lot of hard work to do but we're on the right track."