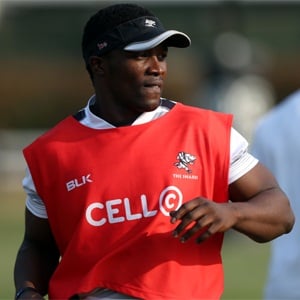 Lwazi Mvovo (Gallo Images)
Cape Town - Following an agreement between the South African Rugby Union (SARU) and the provincial unions, wing Lwazi Mvovo has been released to play in the Currie Cup for the Cell C Sharks this weekend.

Mvovo will train with the Sharks this week and join the Springbok squad in Cape Town on Sunday evening.

Due to injury concerns in other positions, Mvovo was the only player who was released this week. In the coming fortnight four players not in an identified enlarged match-day squad of 26 will be released on the Wednesday of both Test weeks after conclusion of the day’s activities to join their respective provinces for the Currie Cup.

South Africa's next Test in the Rugby Championship is against Australia at Newlands on September 27.

We live in a world where facts and fiction get blurred
In times of uncertainty you need journalism you can trust. For only R75 per month, you have access to a world of in-depth analyses, investigative journalism, top opinions and a range of features. Journalism strengthens democracy. Invest in the future today.
Subscribe to News24
Related Links
Louw blow for Springboks
Next on Sport24
Argentina battle back to earn draw against Australia in feisty Tri Nations affair