All Blacks bugged ahead of Wallabies Test 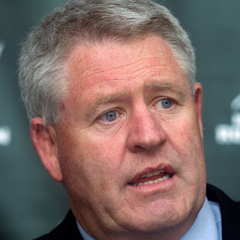 Wellington - A sophisticated bugging device has been found in an All Blacks' hotel meeting room ahead of their Test against Australia in Sydney, officials confirmed on Saturday.

The device was planted inside a chair and found during a routine sweep of the room in the lead up to the opening Rugby Championship clash on Saturday night, with police called in to investigate.

There’s more to this story
Subscribe to News24 and get access to our exclusive journalism and features today.
Subscribe
Already a subscriber? Sign in
Next on Sport24
Argentina battle back to earn draw against Australia in feisty Tri Nations affair