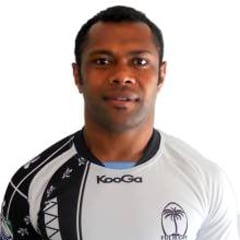 The two-time quarter-finalists had four tries through right wing Vereniki Goneva alone to win 42-25 but they were forced to defend for much of the match as Namibia sniffed their first World Cup finals victory.

Despite their defeat, Namibia - handed a World Cup record 142-0 thrashing by Australia just four years ago - enjoyed their highest score and closest result in four appearances at rugby's showpiece.

And Namibia, orchestrated by superb flyhalf Theuns Kotze, took great satisfaction from keeping tiring Fiji on the defence for much of the second half in an engrossing spectacle at Rotorua International Stadium.

"I'm very proud of how the guys came back, it's typical of our character," said Namibia coach Johan Diergaardt.

"If our defence was a little bit better, sharper at certain stanzas, we would have been in with a chance."

It was the boot of Kotze against Fiji's try-scoring genius in the first half as the Namibian flyhalf, starting just his second Test, nailed three drop goals in just four minutes to put the Pacific islanders on the back foot.

But Sevens specialists Fiji dazzled with the ball in hand and Goneva rampaged down the right flank for a first-half hat-trick alongside a lone effort from second-row forward Leone Nakarawa to make it 32-15 at half-time.

Namibia had denied Fiji possession for long periods of the first half and they burst through for a long-threatened first try after the break, as forward Heinz Koll's neat dummy ended a move from deep within their own territory.

Fiji's Goneva hit back with his fourth score but Namibia ran in their second through fullback Chrysander Botha on 56 minutes, setting up a spell of heavy pressure with the scores at 39-25.

However, Fiji's France-based centre Seremaia Bai put the game effectively out of reach with a penalty before Naipolioni Nalaga crossed in the dying minutes.