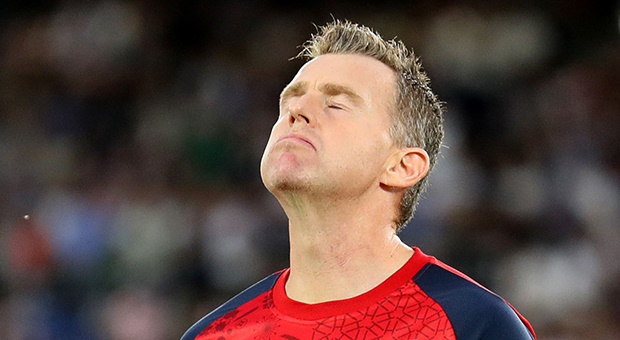 READ | Pollard: I've been preparing for this my whole life

According to the Rugby Pass website, the general consensus was that Wales' Nigel Owens was more deserving of taking charge of what would've been his second World Cup final having officiated the 2015 spectacle between New Zealand and Australia in London.

Owens had taken charge of the tournament's opening match between hosts Japan and Russia, as well as a quarter-final and semi-final.

However, Garces is set to become the first Frenchman to officiate a World Cup final in what will be his final ever match in charge.

Garces, who has refereed 55 Tests, including 11 World Cup matches, is stepping down at the end of the tournament to take charge of France's governing body for referees.

In a classy move, Owens posted a message on Twitter saying it was a "thoroughly deserved appointment" on World Rugby's part and that the 46-year-old Garces "has been one of the top referees for many years now".

Owens actually ruled himself out of the final with a calf injury sustained in the semi-final between England and the All Blacks.

Garces will be joined by compatriot Romain Poite and New Zealand's Ben O’Keeffe as assistant referees, while Kiwi Ben Skeen is the television match official.

Garces was a wildly unpopular figure among South African fans prior to their semi-final against Wales, as the Springboks had a shocking 4 wins and 10 defeats 'record' in Tests he had presided over.

However, come the final whistle last Sunday it was largely Welsh supporters who were indignant with some of his decisions.

Huge congratulations to my friend & colleague Jérôme Garces on his thoroughly deserved appointment to referee the #RWC2019 final. Has been one of the top referees for many years now. Enjoy every minute of it as it’s a very special occasion and moment in ones refereeing career. https://t.co/ENajiPxUXt

Related Links
Pollard: I've been preparing for this my whole life
From Auckland to London, the 8 Rugby World Cup finals to date
Kolbe, Pieter-Steph to battle for World Rugby's top accolade
Share
Next on Sport24
SA Rugby boss on turnaround: 2016 was our darkest period