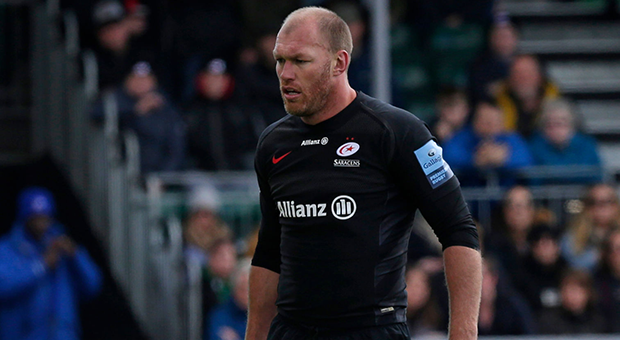 Burger was speaking at a sponsorship event hosted in partnership between the Hong Kong Sevens event and Laureus, and he was asked to comment on how much Bok captain Siya Kolisi lifting the Webb Ellis Cup in Yokohama on November 2 meant to the country.

The reaction in South Africa was near-hysterical as the Boks conducted a trophy tour on an open air bus that made its way through Johannesburg, Durban, East London, Port Elizabeth and Cape Town.

"It’s just crazy ... where you go on this bu ride and drive through the townships, the most affluent areas ... everyone’s forgotten where they’re from," Burger was quoted as saying by the South China Morning Post.

"Everyone’s just supporting the Boks. That’s when you realise this is bigger than all of us. It’s just overwhelming when you’re in that position.

"Siya Kolisi is going to inspire a whole new generation of players from (his hometown) Zwide. His story is special, but so are all 23 of the players’, and it’s whichever you can relate to. Everyone’s got a story to tell, and it’s for people to see that everything is possible."

Burger and Kolisi first crossed paths all the way back when Kolisi was in Grade 8, with a now-iconic photograph captured when he was asking Burger for his autograph.

"I suppose in life you need heroes," Burger said.

"I had heroes when I grew up and Siya obviously looked up to me. I remember being there at the signing session but I didn’t know it was Siya Kolisi until the photo came up.

"To see his development as a player and leader of the Springboks and now a leader within South Africa ... it’s been massive for him and that’s got nothing to do with me.

"He was always going to make it. He was always talented – we just passed on a bit of knowledge and experience from the mistakes we learned in rugby over the years."

“When you finally realise you’ve achieved winning the World Cup, your attention turns to what it means to South Africa as a country ... we’re obviously a country with a chequered past and I think the current generation of Springboks epitomises what South Africa is all about."

2004 Siya Kolisi getting an autograph from Springbok G.O.A.T Schalk Burger. 15 years later Siyamthanda Kolisi will lead the @Springboks in his 50th test match in the @rugbyworldcup FINAL. What a story????? #StrongerTogether pic.twitter.com/5tuJqxWZ3Q

Related Links
Stormers star's career hanging in the balance
Dobson on resting Kolisi: I'd be guided by him
Sun City victory revenge for Boks' World Cup win, jokes Fleetwood
Share
Next on Sport24
SA Rugby boss on turnaround: 2016 was our darkest period