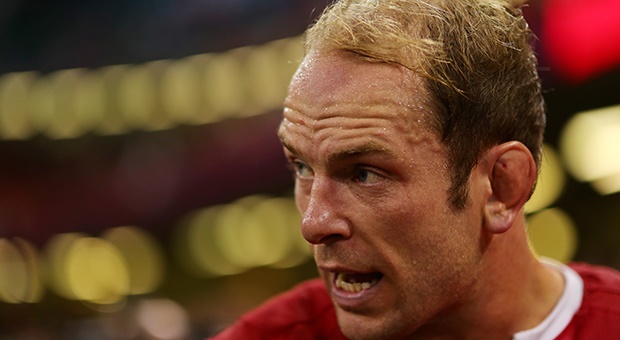 Tokyo - Veteran lock Alun Wyn Jones will equal the Wales record for Test appearances and play his fourth Rugby World Cup after he was named on Saturday in a strong team to face Georgia.

Wales go into the game with a new attack coach in Stephen Jones, a late replacement after long-term incumbent Rob Howley was sent home to face an investigation into alleged betting infringements.

Jones will captain the oldest Welsh starting side at any World Cup, with an average age of 28 years, 331 days - 80 days more per man than the team that played Japan at the 2007 edition.

He will also make it the fourth World Cup in a row that a Welshman plays the tournament for the fourth time, after Gareth Thomas in 2007, Stephen Jones - the newly arrived attack coach - in 2011 and Jenkins in 2015.

Wales will start with 10 of the team that lost 19-10 to Ireland in their final warm-up, with Elliot Dee, Ross Moriarty, Tomos Williams, Rhys Patchell and Leigh Halfpenny moved to the bench.

Dan Biggar starts at flyhalf, while centres Hadleigh Parkes and Jonathan Davies will play together for the 11th time in the past two years.