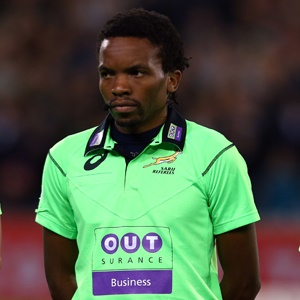 Cape Town - Two South African match officials, Rasta Rasivhenge and Ben Crouse, were named on the refereeing panel for the 2018 Rugby World Cup Sevens, to be played in San Francisco in July this this year.

The group of 19 match officials from 14 nations will take charge of a total of 84 matches during the three day event, from July 20-22, World Rugby announced on Monday, with less than 100 days to go before the first kick-off.

“This is a wonderful achievement for Rasta and Ben and we are extremely proud of them being selected to the final panel,” said Banks Yantolo, SA Rugby’s Referee Manager.

“Both have done very well on the sevens fields of the world and this is a well-deserved call-up to them.”

The team of match officials comprise seven women, including Neville who was honoured as Referee of the Year at the World Rugby Awards in November 2017.