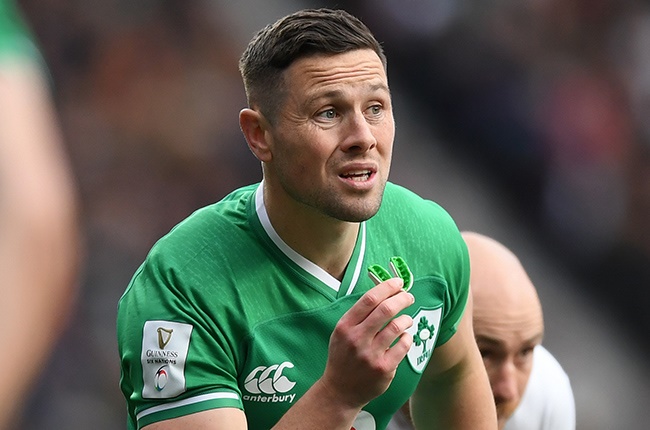 Cooney will provide additional scrumhalf cover after Jamison Gibson-Park suffered a hamstring injury during last weekend's win over Italy which took Ireland to the top of the standings.

The 28-year-old was preferred to Cooney as Conor Murray's back-up against the Azzurri and came off the bench to win his first cap.

Ireland were already without Garry Ringrose for Saturday's match at the Stade de France after the centre broke his jaw.

Second-placed England are also able to clinch the tournament as they travel to Italy this weekend.

We live in a world where facts and fiction get blurred
In times of uncertainty you need journalism you can trust. For only R75 per month, you have access to a world of in-depth analyses, investigative journalism, top opinions and a range of features. Journalism strengthens democracy. Invest in the future today.
Subscribe to News24
Related Links
Uncapped Umaga in England squad
Chasing the Sun: Beast looks back on THAT tip-tackle in World Cup QF
Lions-Griquas clash hinges on Tuesday's round of Covid-19 testing
Next on Sport24
France to host 2021 Six Nations matches behind closed doors