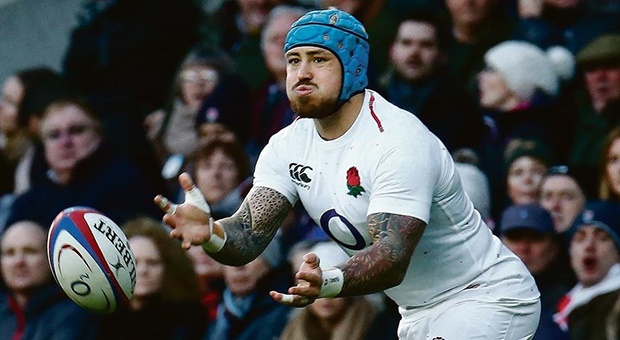 Jack Nowell ruled himself out of England's Six Nations finale against Italy next weekend as he contemplated surgery on ruptured ligaments after playing through the pain barrier to help Exeter complete a memorable English and European double on Saturday.

Exeter edged out Wasps 19-13 in atrocious conditions at a rainswept Twickenham to win the Premiership final a week after they were crowned kings of Europe for the first time with a Champions Cup final victory over Paris's Racing 92.

This was Exeter's second Premiership title following their 2017 success and saw them join Leicester, Wasps and Saracens as the fourth English club to complete a domestic and European double in the same season.

But England wing Nowell ruled himself out of winning a third trophy in three weeks, with Eddie Jones's men in contention for the Six Nations title in their coronavirus-delayed final round clash with Italy in Rome.

And Nowell may not feature again for club or country until 2021 at the earliest.

"I have actually been playing on a bit of a foot injury which is going to need surgery, I've ruptured all the ligaments around my toe, which is not ideal," said Nowell after a final played behind closed doors at a Twickenham ground with a capacity of 80 000 because of Covid-19 restrictions.

"Unfortunately, I am going to have to get it fixed next week."

The 27-year-old Nowell, a veteran of 36 Tests, admitted: "It might be a little while after speaking to the surgeon. After I've sobered up in the next couple of days I will catch up with him."

He added: "It's been horrendous. It's my big toe, so any drive off that has been very, very sore. I've been fighting a battle since the Toulouse game (on 26 September) - I did it in the last 10 minutes of that game.

"What I have said to (Exeter director of rugby) Rob (Baxter), the physios and the doctors, it is that I would have never forgiven myself if I didn't give these two games a go."

Victory set the seal on Exeter's remarkable rise, 10 years on from their promotion to English rugby union's top flight.

"Now we can have a couple of days of trying to let it sink in and making it feel real," Baxter said. "It wasn't easy out there and we had to dig very deep against Wasps - they made it a final worth winning."

Wasps, without several first-choice players after a rash of positive virus tests, were just three points behind with five minutes left at 13-16 down.

They then opted for a close-range attacking lineout rather than go for goal with what could have been an equalising penalty, only for Exeter and Scotland lock Jonny Gray to steal their ball.

"All of our fight and character gave us an opportunity with a couple of minutes to go but unfortunately we didn't take it," said Wasps boss Lee Blackett, whose side finished runners-up to Exeter in the regular season.

"The decision to go for the lineout, I'll never question that decision," he insisted.

We live in a world where facts and fiction get blurred
In times of uncertainty you need journalism you can trust. For only R75 per month, you have access to a world of in-depth analyses, investigative journalism, top opinions and a range of features. Journalism strengthens democracy. Invest in the future today.
Subscribe to News24
Related Links
Dupont double as France thump Wales before Six Nations showdown
Jake White lauds Duane Vermeulen's leadership after Bulls thump Sharks
Shorn of stars and inspiration, Toulouse suffer first home loss in two years
Next on Sport24
France to host 2021 Six Nations matches behind closed doors