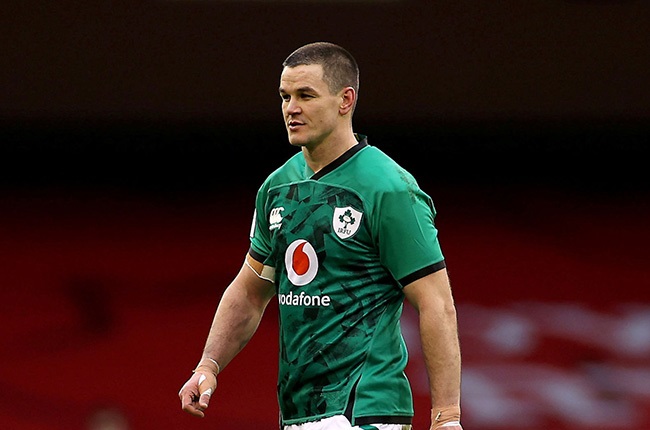 Johnny Sexton returns to lead a much-changed Ireland side in Saturday's Six Nations match against Italy, with Andy Farrell's men desperate for a first win in this year's tournament.

The Irish head to Rome hoping to avoid losing their first three games for the first time since the 1998 Five Nations, when they ended up with the wooden spoon.

Head coach Andy Farrell has made seven changes including an all-new front row after the 15-13 defeat by France, with prop Tadhg Furlong starting his first Test since the loss to England last February.

"The three coming in have been working together in training for the last three-and-a-half weeks so there is some continuity in that regard," Farrell said on Thursday.

"We feel Ronan (Kelleher, the hooker) deserves a start as his attitude has been excellent and he has played well when he has come on."

Farrell said the decision to make sweeping changes in personnel was not a sign of panic after defeats to Wales and France.

"Some guys are coming back in and some of the others have had more game time under their belt," he said.

"Others have earned their place and deserve a chance. All in all we have picked the best side for this weekend for Italy."

James Ryan returns to partner Iain Henderson in the second row. Ryan and Sexton missed the France game because they failed to pass return-to-play protocols relating to head injuries.

Will Connors comes in at flanker for Leinster team-mate Josh van der Flier and twinkle-toed winger Jordan Larmour replaces veteran Keith Earls, who is on the bench.

It will be Larmour's first Test start for a year and his first time on the wing since before the 2019 World Cup.

Farrell said the 23-year-old had the ability to change matches.

"I have been around long enough to know that there are some players who can produce something out of nothing and he is one of those," said the head coach.

Earls's Munster team-mate scrumhalf Conor Murray is still battling back from a hamstring injury so Sexton will be partnered at half-back by Jamison Gibson-Park.

Both Farrell and attack coach Mike Catt have spoken of their frustration at the lack of finishing by the backs.

However, they have remained faithful in large part to those who played in the France game and in the 21-16 defeat by Wales.

As a result, Robbie Henshaw will win his 50th cap, partnering Garry Ringrose in the centre.

The Irish have garnered two bonus losing points and will start as favourites against bottom-placed Italy, who have beaten Ireland just once in the Six Nations, in 2013.

However, Farrell said the Italians had shown signs of improvement under coach Franco Smith even though defeat on Saturday would be their 30th successive loss in the Six Nations.

"Italy are playing pretty well you know," said Farrell. "They are moving in the right direction.

"We will respect them and the game but we hope to put our stamp on the game.

"I felt two years ago in Rome we were a bit sloppy. Last year our attitude was better and I hope for more of the same this Saturday."

We live in a world where facts and fiction get blurred
In times of uncertainty you need journalism you can trust. For only R75 per month, you have access to a world of in-depth analyses, investigative journalism, top opinions and a range of features. Journalism strengthens democracy. Invest in the future today.
Subscribe to News24
Related Links
Bulls' Nizaam Carr: If prep series doesn't excite you, go play golf or tennis
Tadhg Furlong: Irish prop with a head for figures
Ruan Pienaar back in the fray as Cheetahs pick team to face Stormers
Next on Sport24
Scottish flanker Watson voted 'Player of the Six Nations'