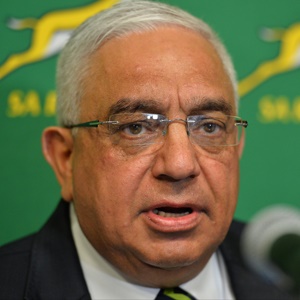 Cape Town - SA Rugby said it was “bitterly disappointed” at the decision by the World Rugby Council to overturn a recommendation that South Africa should host the 2023 Rugby World Cup and instead voted for France to host the tournament in a secret ballot.

“We are bitterly disappointed at this decision and would like to apologise to the people and government of South Africa for raising their hopes,” said Mark Alexander, president of SA Rugby.

“We did everything in our power to bring the tournament to South Africa and we expected to have that right confirmed today.

“We produced a compelling bid document that earned the unanimous recommendation of the Rugby World Cup Ltd board. That recommendation was questioned last week by rivals, but endorsed a second time by World Rugby last week.

“However, the view of the experts and World Rugby’s leadership was overturned by World Rugby Council members, who may have had other factors to take into account.

“We cannot hide our desolation but, for the sake of rugby we wish the 2023 tournament hosts every success.”

Jurie Roux, CEO of SA Rugby, ruled out any suggestions that his organisation might challenge the vote.

“We have said throughout that we would honour both the letter and the spirit of the process and we now consider the 2023 bidding process closed.

“However, in the feedback sessions I am sure we will be recommending to the World Rugby Council that the verdict of the evaluation committee become binding.

“World Rugby ran an exhaustive and transparent process for 15 months to identify the best host nation, only for the process to go entirely opaque for the past two weeks.”

Alexander said that after a fourth successive disappointment in the Rugby World Cup bidding process it was difficult to know where South Africa would go from here.

“It will be for the next generation of SA Rugby leaders to decide whether to compete for the 2027 tournament or beyond,” he said.

“I am sure our country will fulfil the dream of hosting the tournament once again someday; our hearts bleed that it will not be in 2023.”

We live in a world where facts and fiction get blurred
In times of uncertainty you need journalism you can trust. For 14 free days, you can have access to a world of in-depth analyses, investigative journalism, top opinions and a range of features. Journalism strengthens democracy. Invest in the future today. Thereafter you will be billed R75 per month. You can cancel anytime and if you cancel within 14 days you won't be billed.
Subscribe to News24
Related Links
Twitter explodes as France awarded RWC 2023
SA left stunned as France awarded RWC 2023
Ireland bank on last-minute 2023 lobbying
Next on Sport24
Side Entry: RWC bid – losing not entirely a bad thing