Boks won’t change much in their plan for France

Cape Town - The Springboks won’t change much in their game plan when they tackle France in Paris on Saturday, assistant coach Mzwandile Stick has said.

Stick addressed reporters in Paris on Tuesday where he said there were many pleasing aspects from the 12-11 loss to England at Twickenham last weekend.

The backline guru did however stress that they must make better use of their opportunities.

“We created opportunities against England and as coaches we can be positive about that. The disappointing thing is that we didn’t convert them into points. We did that in the games against the All Blacks earlier this year.

“I don’t think we are going to change much in our plan, though. If you can create 20 scoring opportunities against England at Twickenham, you are doing something right,” Stick said.

Stick added that it will be a challenge against France in Paris.

“They’ve got physical players in the pack and midfield and it’s going to be tough,” he said.

Bok coach Rassie Erasmus will name his side on Thursday, with Saturday’s Test scheduled for 22:05 (SA time). 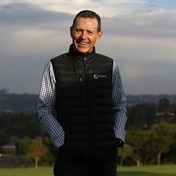