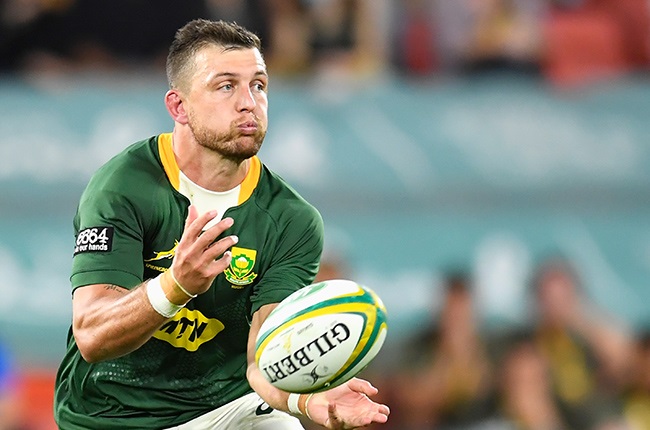 Leicester Tigers have confirmed that Springbok flyhalf Handre Pollard will join the English franchise after his international commitments next year.

In an announcement on their website, Leicester said the 2019 World Cup winner will be available for the 2022/23 season and will make the move from French club, Montpellier.

Pollard has played 60 times for the Springboks since making his debut in 2014 against Scotland while still a member of the SA U20 squad and has scored over 600 points in green and gold.

The 27-year-old, a graduate of Paarl Gimnasium played Super Rugby for the Bulls before moving to Montpellier in 2019.

Pollard was looking forward to the prospect of turning out for the Tigers.

“I am excited to join Leicester Tigers, to be a part of this great group of players at a special club and challenge myself, test my limits and be the very best I can be for the team," he said.

“The club is going brilliantly at the moment and I know there is an expectation to continue that, to keep getting better because getting to the top is hard but staying there is even harder.

“There are bigger deals on the table, but I’ve made this decision to work with Steve [Borthwick] and to be a part of an unreal, great club at Leicester Tigers which has such a great history,” Pollard added.

Leicester head coach Steve Borthwick said Pollard was a "world-class" pivot with a wealth of experience.

Steve Borthwick shares his thoughts on the signing of Handré Pollard.

See what the Leicester Tigers Head Coach has to say ??

“He is a World Cup winner who has been highly sought-after from clubs all over the globe. But, most pleasingly, he sees Leicester Tigers as the club for him.

“What has impressed me most in our dealings with him has been his desire to be a part of what we are building at this club but also his desire to develop, learn and grow as a player and person.

“This is a very exciting signing for the club and one I hope Leicester Tigers fans are excited about.”

We live in a world where facts and fiction get blurred
In times of uncertainty you need journalism you can trust. For only R75 per month, you have access to a world of in-depth analyses, investigative journalism, top opinions and a range of features. Journalism strengthens democracy. Invest in the future today.
Subscribe to News24
Next on Sport24
Siya Kolisi walks away with SA Rugby Player of the Year honour, White wins consecutive coach award