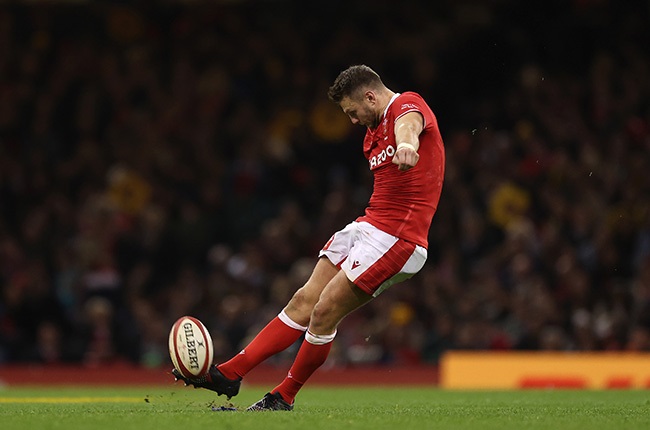 Wales coach Wayne Pivac has named a 33-man squad for a three-Test series against the Springboks in July.

"Dan Bigger is named captain. We've obviously got great leadership in the group with Alun Wyn and Dan. Dan did well in the Six Nations and Al has come back from a pretty big lay-off," Pivac said in a statement.

"He's had a little bit of rugby and we want him to hit his straps as a second row and be the best player he can be and focus on playing. He'll lead naturally anyway but certainly he’s looking forward to that challenge."

Elsewhere, George North and Dan Lydiate return for international duty after extended periods out with injury. Their Ospreys team-mate, Sam Parry, will join them in the Wales camp, while Scarlets duo Johnny Williams and Rhys Patchell are also named.

Pivac added: "We've had some players come back from injury like George North so that's exciting for the squad. Some players have been ruled out through injury, so there's naturally going to be change there. Then we've looked at players' form, who we are playing, where we're playing - we have two games at altitude - and what our game plan will be when considering selection.

"I spoke to Tommy Reffell before we announced the squad for the Six Nations. We looked hard at Tommy and decided to leave him out then. He's played very well since, he’s been very consistent - one of the most consistent players in the English Premiership so we feel that he deserves an opportunity and he will be well tested on this tour."

The first Test is scheduled for Saturday, 2 July at Loftus Versfeld in Pretoria, before Tests in Bloemfontein (9 July) and Cape Town (16 July)

"This three Test series is going to be a challenge. It always has been, history shows that and certainly that's what we're looking to achieve - to get a victory there if not two and win a series. The first two Tests at altitude are going to be a challenge, so first and foremost we've got to do a lot of preparation here in Wales before we go and make sure we are in the best shape possible to perform well," Pivac added.

We live in a world where facts and fiction get blurred
In times of uncertainty you need journalism you can trust. For 14 free days, you can have access to a world of in-depth analyses, investigative journalism, top opinions and a range of features. Journalism strengthens democracy. Invest in the future today. Thereafter you will be billed R75 per month. You can cancel anytime and if you cancel within 14 days you won't be billed.
Subscribe to News24
Next on Sport24
Pollard set for Springboks recall after Jantjies gamble misfires

Get the newsletter
Voting Booth
Would you be keen to see the Springboks join the Six Nations?
Please select an option Oops! Something went wrong, please try again later.
Yes! The Northern Hemisphere is the future.
53% - 3628 votes
No! The Rugby Championship is still the pinnacle.
47% - 3237 votes
Previous Results
Showmax
The story of a legend: Sir Alex Ferguson